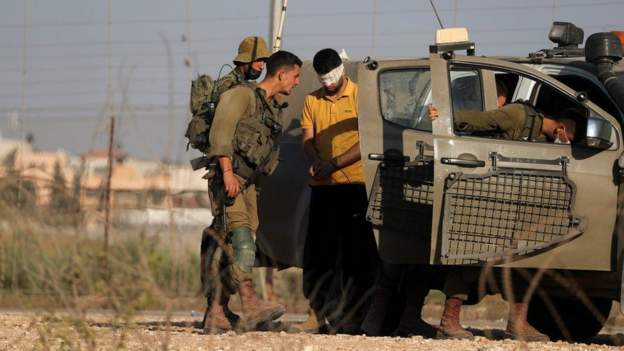 Prisoners who escaped from an Israeli prison were arrested

Israel have arrested four of the six Palestinian prisoners who escaped from its prison by digging a hole last week, according to Israeli police.

Two were arrested in a car garage on Saturday morning, police said.

The others were arrested near the town of Nazareth on Friday.

Naija News reported that six Palestinians escaped from an Israeli prison on Sunday, the Israeli military confirmed on its Twitter account.

Violent riots erupted on the West Bank and Jordan after the Palestinians escaped from the high-security prison.

The Israeli military says about 600 Palestinians have clashed with security forces at a checkpoint near the city of Jenin.

In addition to the gunfire, rioters set fire to tires and threw Molotov cocktails toward soldiers stationed there.

The Israeli army says it also intercepted a rocket fired by Palestinians from Gaza into southern Israel.