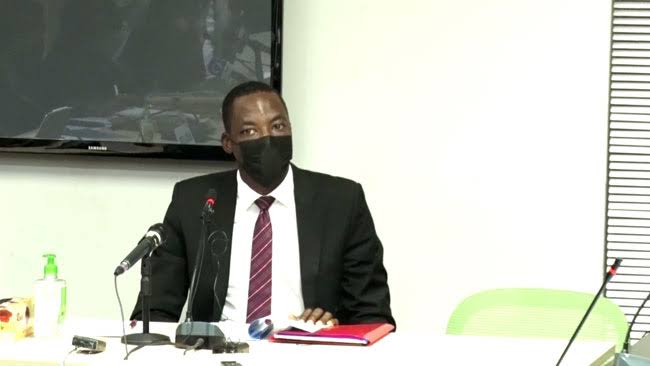 The Managing Director of Sentinel Forensics Limited, Mr Joseph Funsho-Ako has disclosed that physical evidence was removed from Lekki tollgate before his team were invited to conduct analysis at the scene of the shooting of EndSARS protesters in Lagos.

Disclosing that the team visited the tollgate 87 days after the October 20, 2020 incident, he added that the Lagos State Waste Management Authority (LAWMA) had even carried out a clean-up of the area before the visit by the forensic team.

Naija News reports that the forensic company was hired by the Lagos State government on December 29, 2020 to “conduct a forensic review” of the Lekki tollgate shooting.

Speaking before the Lagos Judicial Panel on restitution for victims of SARS-related abuses and other matters on Saturday, the forensic expert said his team visited the tollgate for actual scene examination on January 13, 2021, and later on January 15.

This was as Funsho-Ako answered questions under cross-examination from the head of the Nigeria Bar Association (NBA) team representing the protesters, Bernard Onigah.

He explained that based on the information that the area had earlier been cleaned up, his firm called LAWMA for information that could help with its forensic investigations, but they did not get any response.

According to the forensic expert, “the findings of this investigation show that the integrity of the scene of the incident was not preserved. Items of physical evidence were removed and lost between the timeline of the incident at the scene and examination.

“There are investigations that are conducted and several years after the incident had happened, a scene search will be looking for ballistics evidence that might have been missing, for instance, during clean-up exercise.

“However, when you are conducting ballistics investigation, what we are looking for are certain characteristics of firearms and evidence, leading to the firearms that might be in the cartridge casing. But when we got there, we realised that the integrity of the scene had been compromised.”

On the ballistic evidence, he affirmed that the live ammunition presented by the Nigerian Army was of the same calibre as the cartridge casing submitted by the panel.