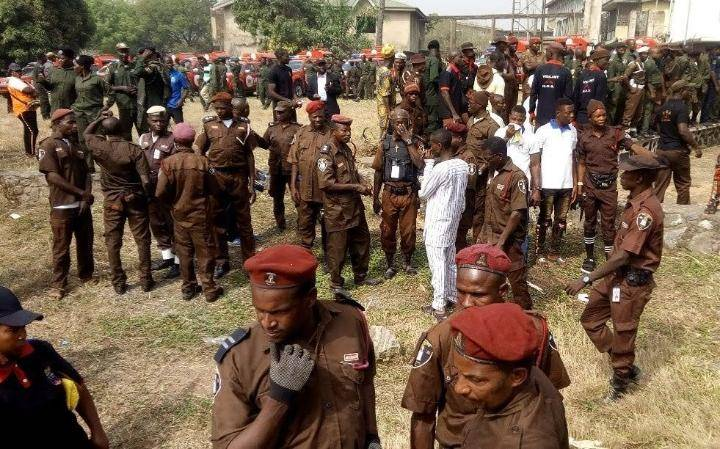 Amotekun operatives in Ondo State have rescued all the travellers kidnapped along the Idoani-Ifira Akoko expressway in Akoko South-East Local Government Area of the state on Wednesday.

Naija News reports that unknown gunmen attacked an 18-seater bus carrying the travellers from Abuja to Lagos and kidnapped 12 out of the 18 people in the bus.

It was gathered the criminals blocked the highway on the bad portion of the road and attacked the bus, forcing it to stop abruptly on the highway.

Hours after the incident, state commander of the Amotekun Corps, Adetunji Adeleye, said his men swung into action and rescued nine of the 12 passengers.

Speaking with reporters on Friday, Adeleye stated that the three remaining travellers have been rescued and they will be reunited with their families today.

He said, “I can confirm to you that we have rescued the three remaining victims and they will be reunited with their families.”

Meanwhile, the Igbo apex social-political group, Ohanaeze Ndigbo, has warned that the activities of Mazi Nnamdi Kanu and his group, the Indigenous People of Biafra (IPOB), will affect the chances of Igbos producing Nigeria’s president in 2023.

Naija News reports that the now detained leader of IPOB, Nnamdi Kanu, had used various channels to call for the disintegration of Nigeria and the creation of Biafra Republic.

The outlawed group had established a security outfit called the Eastern Security Network, ESN, which have been accused of carrying out attacks on security agents, government establishment and innocent citizens.

Speaking to Daily Post in an interview, the Deputy President-General of Ohanaeze, Dimm Uche Okwukwu, stated that Kanu’s directive to his supporters would jeopardize the chance of the Igbos in producing a successor to President Muhammadu Buhari.

He stated that Nnamdi Kanu should be ignored because Igbos are peace-loving people who are always willing to live in harmony with other ethnic groups.