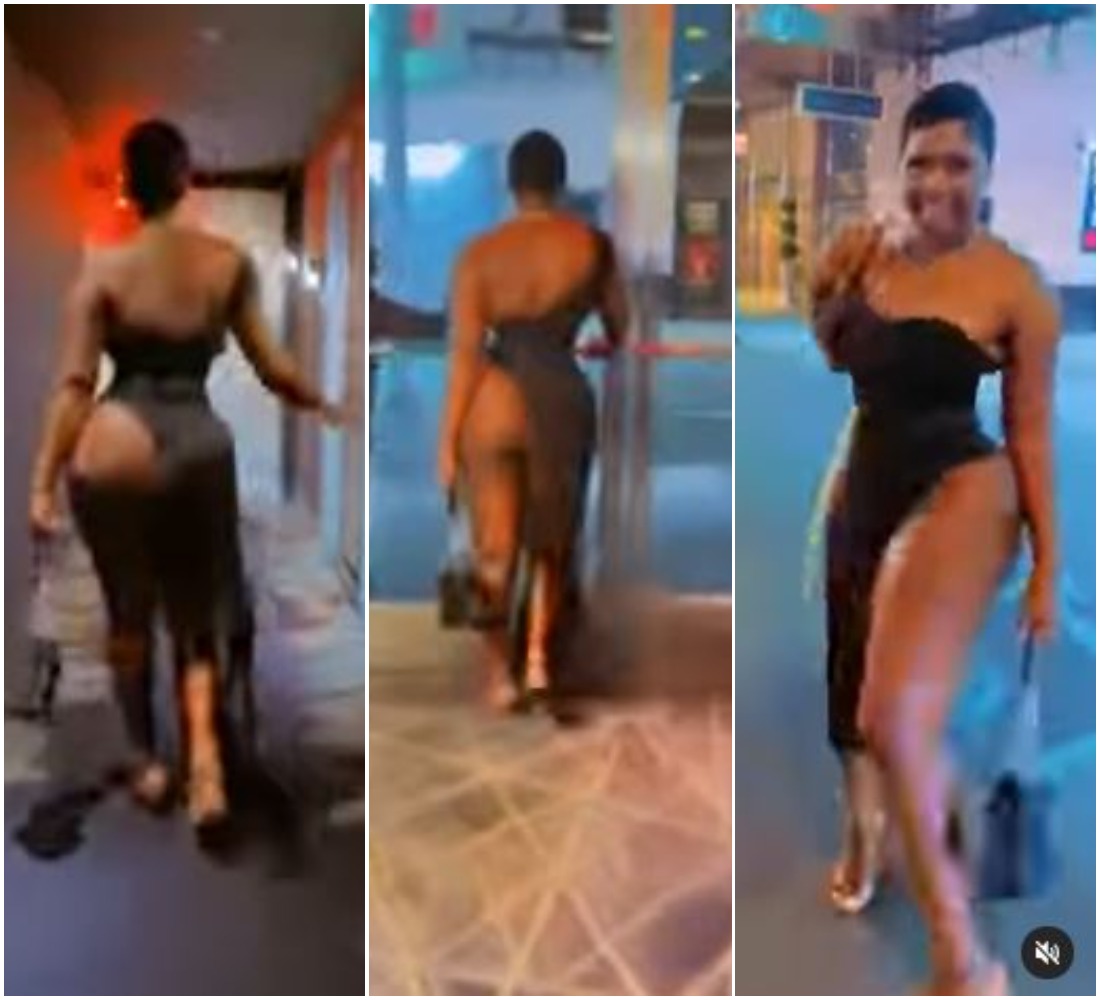 Popular Nollywood actress and Instagram sensation, Princess Shyngle who recently filed for divorce from her husband barely a few months after their wedding has stirred the internet after stepping out half-naked.

The actress via her verified Instagram page shared a video of herself stepping out from her hotel in a partially exposed sequence gown leaving her half-naked.

Sharing the video, she wrote; ‘I’m in love with her waist snatched’

However, the video was greeted with mixed reactions as social media users out rightly condemned such display of nudity, calling her out for being attention desperate.

Recall, the Gambian-born actress went through a swift heartbreak earlier this year leaving her fans pleasantly shock as her marriage to her ex-husband was barely three months.

According to the curvy beauty, her former husband, Gibou Bala Gaye had assaulted her countlessly and putting her in a bad light when he went public.

Taking to instastories to narrate why she filed a divorce so quick, she wrote; “I have already written your divorce letter, everything signed and sealed. I have sent everything to the Gambia. I have been begging and pleading for the past eight weeks, let’s go our separate ways peacefully.

I don’t want any drama, I don’t want anything out there, I just want us to go our separate ways peacefully, but No you have been bittered and spiteful. You go on Instagram live mentioning my name saying I left you in our apartment and went to New York.”

“Why will you do that? Why did you make it look like I’m some kind of whore or b*tch that would just leave her matrimonial home? Why didn’t you tell people the truth, why did you not say what you did, since you want to go out there and tell the world why don’t you tell them the truth?…