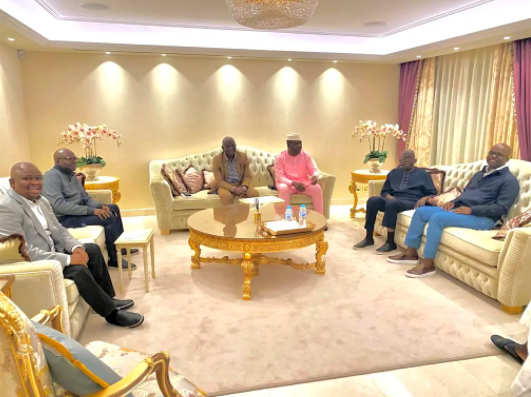 The National Leader of the All Progressives Congress (APC), Bola Ahmed Tinubu, has received some high-ranking members of the ruling party in London. 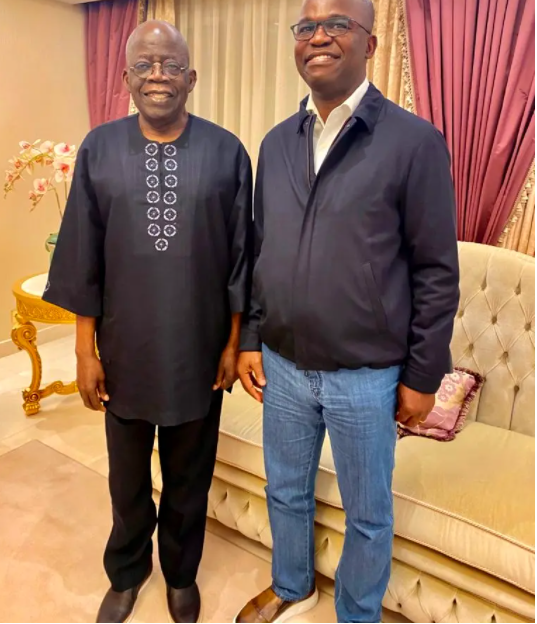 Naija News reports that the former Lagos governor has been receiving prominent politicians over the last few weeks in the UK where he is currently recuperating after undergoing a series of knee surgery.

Tinubu was said to have undergone another knee surgery at the John Hopkins University Hospital in Maryland, the United States.

It was gathered that the APC chieftain returned to London in the United Kingdom on crutches after undergoing the successful surgery.

Meanwhile, the Governor of Imo State, Hope Uzodinma, has insisted that President Muhammadu Buhari was in the southeast state on a working visit.

Naija News reports that the governor stated this while dismissing insinuation that Buhari’s visit to Imo State was connected to the 2023 general election.

Uzodinma said the president’s visit has nothing to do with the 2023 elections as he was simply on a working visit.

He stated that Buhari commissioned projects and met with stakeholders to have an interaction.

“Our people came out to receive the president who visited Imo State in solidarity with the governor of Imo State. It has nothing to do with the 2023 election or politics,” Uzodinma told Channels Television.

“We only received the president who came on a working visit, commissioned projects and had an interaction with us.”