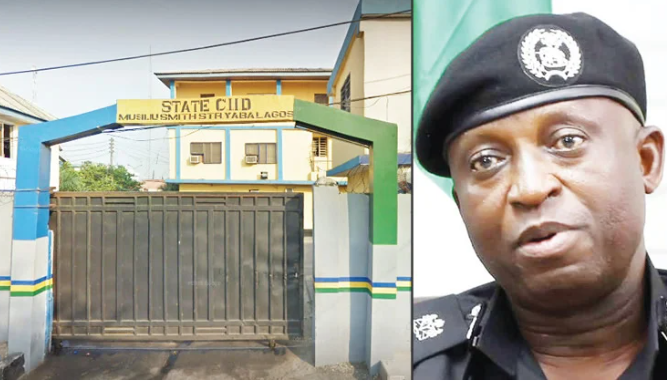 It was disclosed that Madueke after been detained and allegedly tortured at the Denton Police Station, Ebute Meta, Lagos for three days was transferred to the State Criminal Investigation and Intelligence Department, Yaba.

According to Punch, Madueke and Akinlade once dated, however, got separated after Akinlade was transferred out of Lagos over seven years ago.

A source that spoke with The Punch, noted that the DPO after his transfer to Lagos did not return to the relationship immediately because they lost each other’s contact.

The source disclosed that the lovers met in 2021 and exchanged contact.

According to the source, “That was when the DPO, who was married, proposed that they continue with the relationship.

“On Friday, August 27, he invited the lady to his office and slept with her till Saturday morning. He released her to go around 5 am and even saw her off to the bus stop.

“They did not see each other again until last Saturday, September 4, when he invited the girl and told her they should go out.

“However, when she went to see him, he detained her and accused her of stealing his service pistol. He kept her in his cell till Monday, September 6. While the girl was in the cell, he asked his boys to torture her to make confessional statements.

“On that Monday, he took her to a herbalist on Jebba Street, Ebute Meta, Lagos, around 8 am. The herbalist told him that it was the girl that took the pistol, but she denied the allegation. It was from there he took her to the SCIID, Yaba, where she has been detained till now.”

It was reported that police operatives at the SCIID on Tuesday took the suspect to her house to search for the pistol, however, it was not found.

Another source disclosed that the Commissioner of Police, Hakeem Odumosu, queried the DPO.

“But, why is the CP leaving him in that position when he should have been removed by now? Is that not injustice?” the source queried.