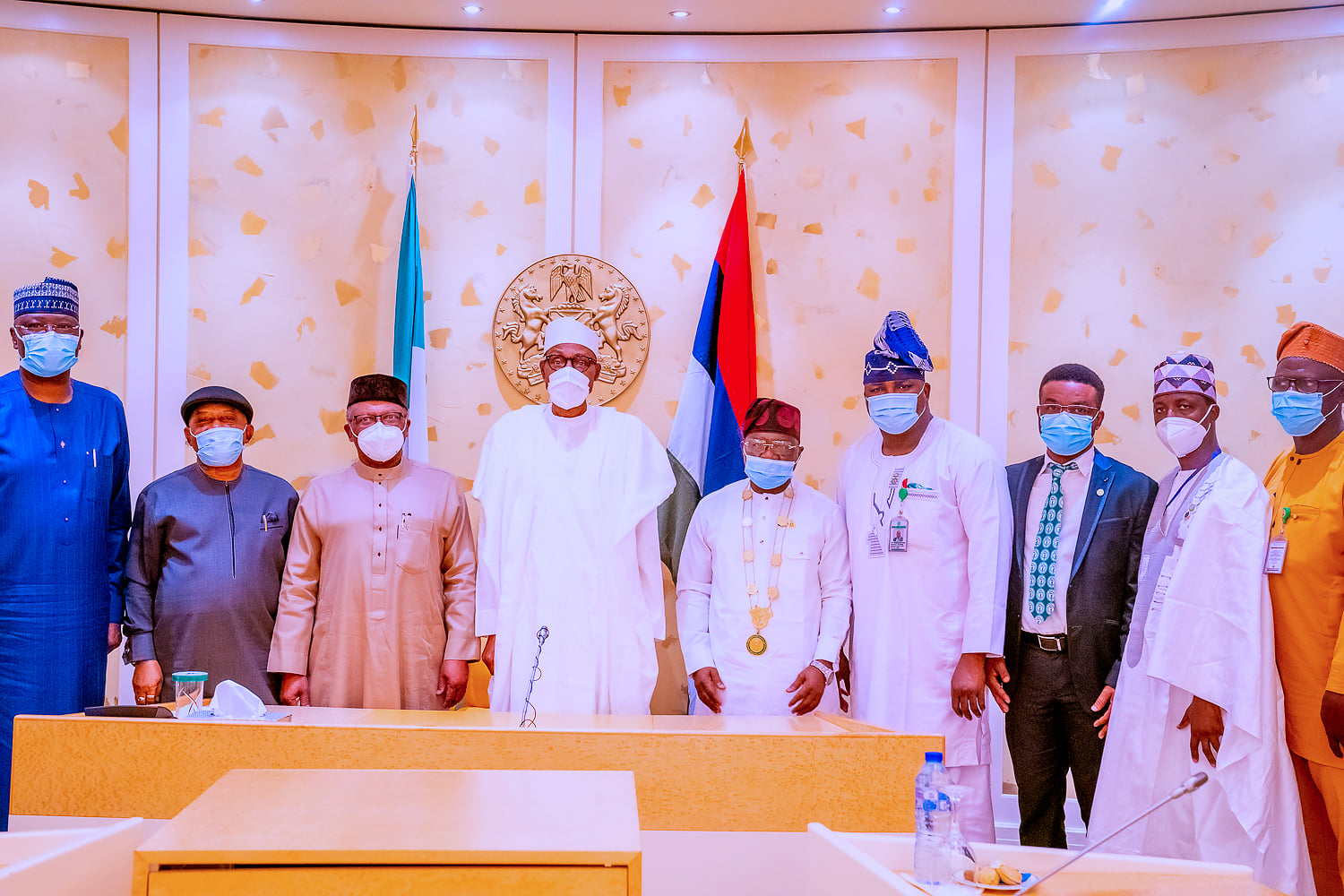 President Muhammadu Buhari on Friday observed that the option of strike is not a good one for doctors and other health workers in the country.

The President noted that the lives of many Nigerians are directly and indirectly tied to the activities of the health workers.

He made the submission on Friday when he received members of the Nigeria Medical Association (NMA) at the State House in Abuja as confirmed in a statement by his spokesperson, Garba Shehu.

Naija News recalls the National Association of Resident Doctors (NARD) has been on strike since August 2, 2021, and negotiations between them and the government has so far failed to yield positive results.

The two parties have so far been able to reach a compromise that will allow the striking doctors return to work.

But President Buhari on Friday urged them to return to work in the interest of humanity.

“The lives of citizens that could be lost or damaged when doctors withdraw services, are precious enough to be worth opting for peaceful resolution of differences,’’ the President noted.

He promised that all issues causing grievances will be properly looked into and resolved, adding that all outstanding benefits owed medical doctors will be cleared, after proper verifications.

“Protecting our citizens is not to be left to government alone, but taken as a collective responsibility, in which especially medical professionals play a critical role. Let me speak directly to the striking doctors. Embarking on industrial action at this time when Nigerians need you most is not the best action to take, no matter the grievances.

“This Administration has a good track record of paying all debts owed to government workers, pensioners and contractors and we have even revisited debts left by past administrations, once due verification is done. Debts genuinely owed Health workers will be settled.

“I learnt that some of the 12 points demand in the ongoing strike were already addressed. Though the Review of a new Hazard Allowance has not been fully negotiated because of the sharp and deep division within the ranks of the striking doctors.’’

President Buhari said “the outstanding issue of an Establishment circular issued by the Head of Service, removing House officers, NYSC Doctors from scheme of service had an addendum circular from National Salaries and Wages Commission to clarify that they will continue to earn the wages attached to them on their present wage structure.”

“I request that the agreement reached in the meetings of 20th and 21st August captured in the MOU which I have seen be religiously implemented,’’ he added.

Buhari while reiterating the commitment of his administration to the health sector of the country recalled that is why he recently set up a health sector reform committee headed by Vice President Yemi Osinbajo.

“We have many more challenges ahead and much more to do, for our large population.

“In this respect, it is important to remind you that, as senior medical personnel and representatives of one of the most respected professional groups in the world, your responsibility for the health and wellbeing of Nigerians are clear.

“It does not end only with the welfare of your members, but continues with a sense of responsibility for the entire country and its sociopolitical health and national stability,’’ he stated.

President Buhari lamented that the global COVID-19 pandemic has seriously affected the resources available to the government but pleaded for understanding as his administration would not stop fulfilling all obligations.

“The global economy has been seriously affected by the pandemic, and despite recent pleasing news of more than five per cent economic growth of Nigeria in the last quarter, we are still having fiscal challenges to deal with, like most other countries.

“The source of revenue that Nigeria has depended on for so long experienced global decline, our population is rising fast and the tension arising from both, is fuelling agitation among our youth. Organizations like the NMA could play a very useful moderating role in society,’’ the President added.

He however commended the positive roles been spearheaded by the Nigeria Medical Association in the growth and development of the country, urging the members not to relent.

“This is a befitting role for the NMA, as a mature organization, led by responsible members with long experience.

“I am proud also to learn of various feats that have been achieved in our hospitals, like the separation of conjoined twins and also the valiant efforts of our health personnel in handling the Covid-19 pandemic, much of which has earned us recognition at home and abroad, and the recent appointment of one of your colleagues as Assistant Director-General of the World Health Organization. We again warmly congratulate Dr. Chikwe Ihekweazu for his elevation.’’

Speaking at the event, the Minister of Health, Dr. Osagie Ehanire, also commended the NMA for their strategic roles in nation building including policy formulation and health care management of the citizens.