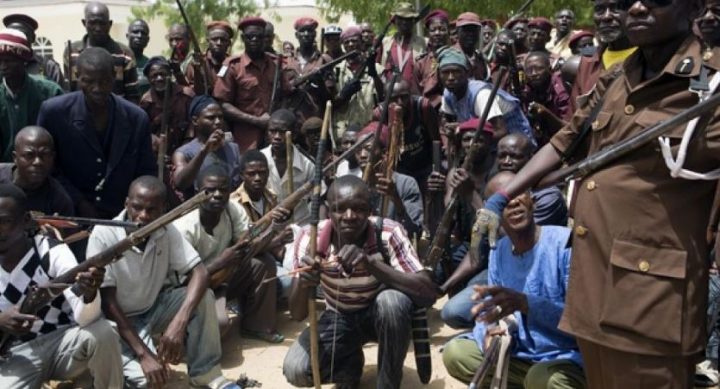 The Adamawa State Government has engaged the services of local hunters and vigilantes to protect schools and prevent the abduction of students in the state.

The Commissioner of the Ministry of Education and Human Service, Wilbina Jackson, disclosed this during a programme on Thursday in Yola, the state capital.

According to Jackson, the hunters and vigilantes were required to complement the efforts of the regular security agencies and not replace them.

She said the state government took the initiative to prevent the incessant abductions bedevilling students across schools in the Northern part of the country.

The commissioner disclosed that the measure was a follow-up to the suspension of boarding in schools so that students will attend schools from the safety of their homes.

Meanwhile, gunmen suspected to be bandit terrorists have reportedly killed six people and kidnapped many others in the Tureta Local Government Area of Sokoto State.

Naija News reports that Tureta shares a border with Zamfara State where the Nigerian military had up its offensive operation against bandits.

Recall that the Zamfara state government had shut down mobile networks to help operations against the terrorists.

Bandits have continually attacked Sokoto, Niger, Katsina, Zamfara and many other states in North-West and North-Central Nigeria.

It was gathered that the bandits on Thursday around 2am attacked Tureta LGA.

The bandits, according to reports, deceived the unsuspecting members of the community using the Muslim’s call for prayer.

The state Deputy Governor Maniru Dan’iya, on Thursday afternoon, visited the area to condole with residents over the incident and reiterated the government’s commitment to end banditry.

He also said that the state government would take care of the medical bills of those injured by the terrorists.