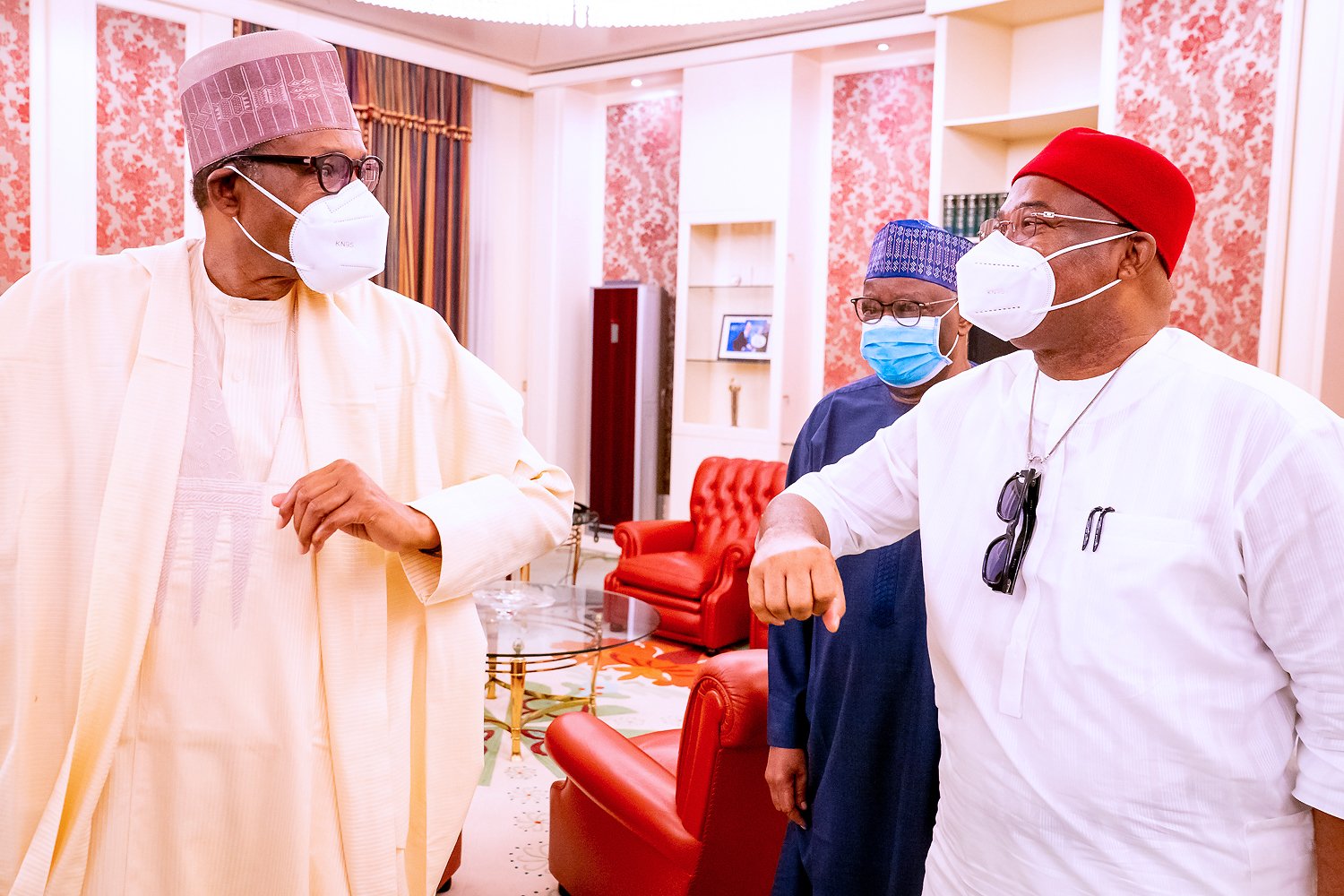 The Imo chapter of the Peoples Democratic Party (PDP) has described the planned visit of President Muhammadu Buhari to the South-East state as “callous and inhumane”.

Naija News reports that President Buhari is scheduled to visit the state today, Thursday, to commission some projects executed by the Hope Uzodinma administration.

In a statement issued on Wednesday, the Imo PDP through its spokesman, Ogubundu Nwadike, said the presidential visit to the state is of no value to residents of the state.

The PDP added that the presidential visit to Imo is a deliberate ploy to mock the people of the state to their very face.

The opposition party, however, advised the President to use the occasion of his visit to right the grave wrongs he has done to the people of the state.

It also urged President Buhari to use his good office to advise governor Uzodinma to stay in the state and not run the affairs of the state from outside.

The statement reads: “For us in PDP, the presidential visit is a deliberate ploy to mock the people of the state to their very face. This is callous and inhuman.

“Consequently, we invite the president, if he is really the father of the nation, to use the occasion of his visit to look inwards with a view to righting the grave wrongs he has done to the people of the state.

“The president can show some humility and remorse and use the occasion to mend fences with the people.

“The president should also use his good offices to clip the wings of the governor who runs the state from outside. A mere fanfare will not help the bad situation in the state. Rather, it will generate more anger and acrimony.”

Meanwhile, the government of Imo State has declared that all is in order and plans to receive President Buhari today are on track.

The Imo State Commissioner for Information, Declan Emelumba who gave the assurance said all necessary things are been done to receive the President safely and warmly.

Emelumba told journalists in Owerri, the state capital that all arrangements are in top gear to receive the President on Thursday.

He added that during the visit, President Buhari will commission projects executed by the administration of Governor Hope Uzodinma in Imo over the past 18 months.

“We are very much prepared to receive Mr President in Imo. All arrangements are in top gear.

“On arrival, he is expected to commission projects, including Naze-Nekede-Ihiagwa-Obinze Link Road Phase One and an underground tunnel on D-Tiger Road Owerri,” the commissioner said.

He added that “his (Buhari) visit would enable Imo citizens to see and welcome the president, first hand,”

Other projects slated for inauguration include the Egbeada Bye-Pass and the new State Executive Council Chambers at the Government House, among others.