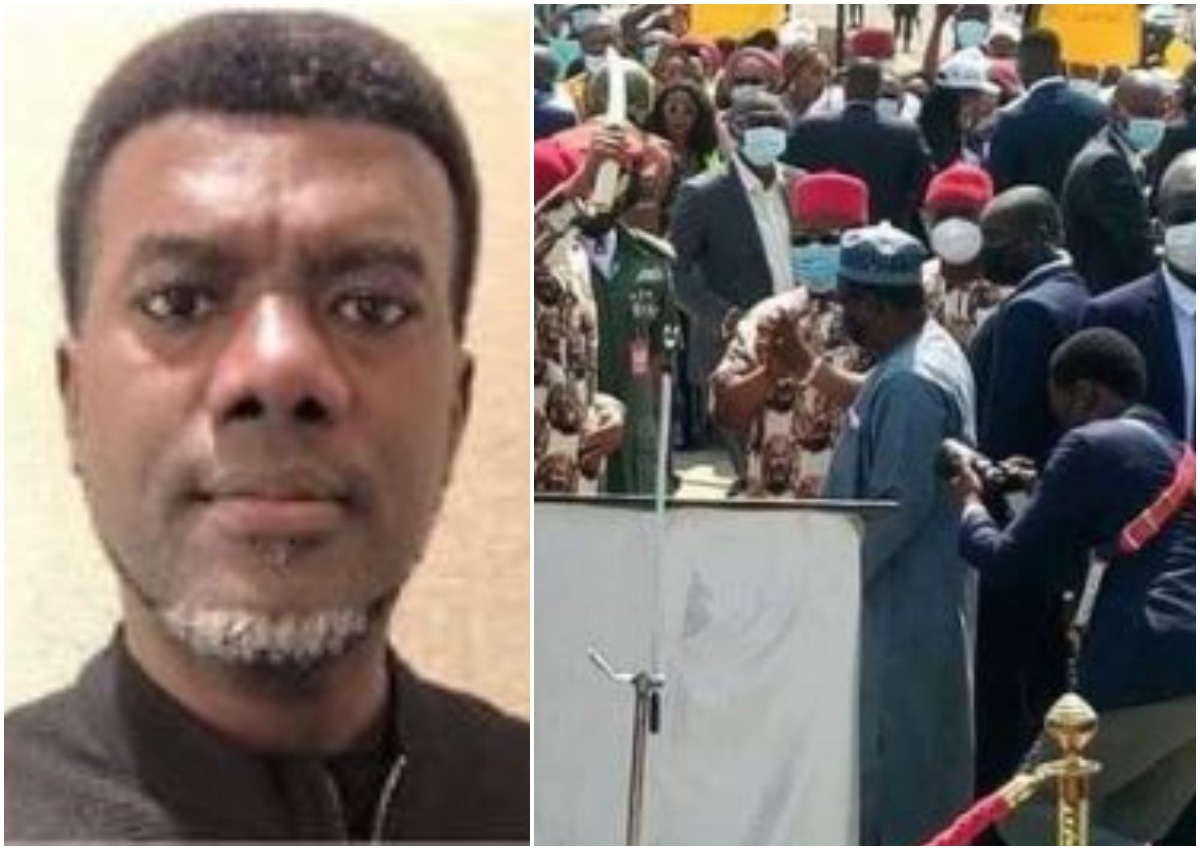 Naija News reports that the President landed at the Sam Mbakwe Airport in Owerri, about 09:30 a.m, and was welcomed by the state Governor, Hope Uzodinma, who had invited him to commission some projects in the state.

However, there was a very low turnout as most residents obeyed the sit-at-home order of the Indigenous People of Biafra which left major roads and streets deserted.

Reacting to the handful crowd who came out to welcome the President, Reno Omokri commended the residents of Imo for sitting at home during the president’s visit.

He also mocked the president’s outfit and  ‘concocted’ mammoth crowd claimed by the press turned out to welcome him.

He wrote; ‘Look at the so called ‘mammoth crowd’ that turned up for General Buhari in Imo. Even Buhari’s cows that don’t increase in number are more than this crowd. What happened oga Buhari? Abi your trouser make Imo people fear? Imo’s state’s street were as empty as Nigeria’s treasury during Buhari’s visit and I commend all Imolites for heeding my call and others to reject the WAECless tyrant who has turned Nigeria to the world headquarters for extreme. Buhari, who is now a dot in a circle? You or Igbos?’