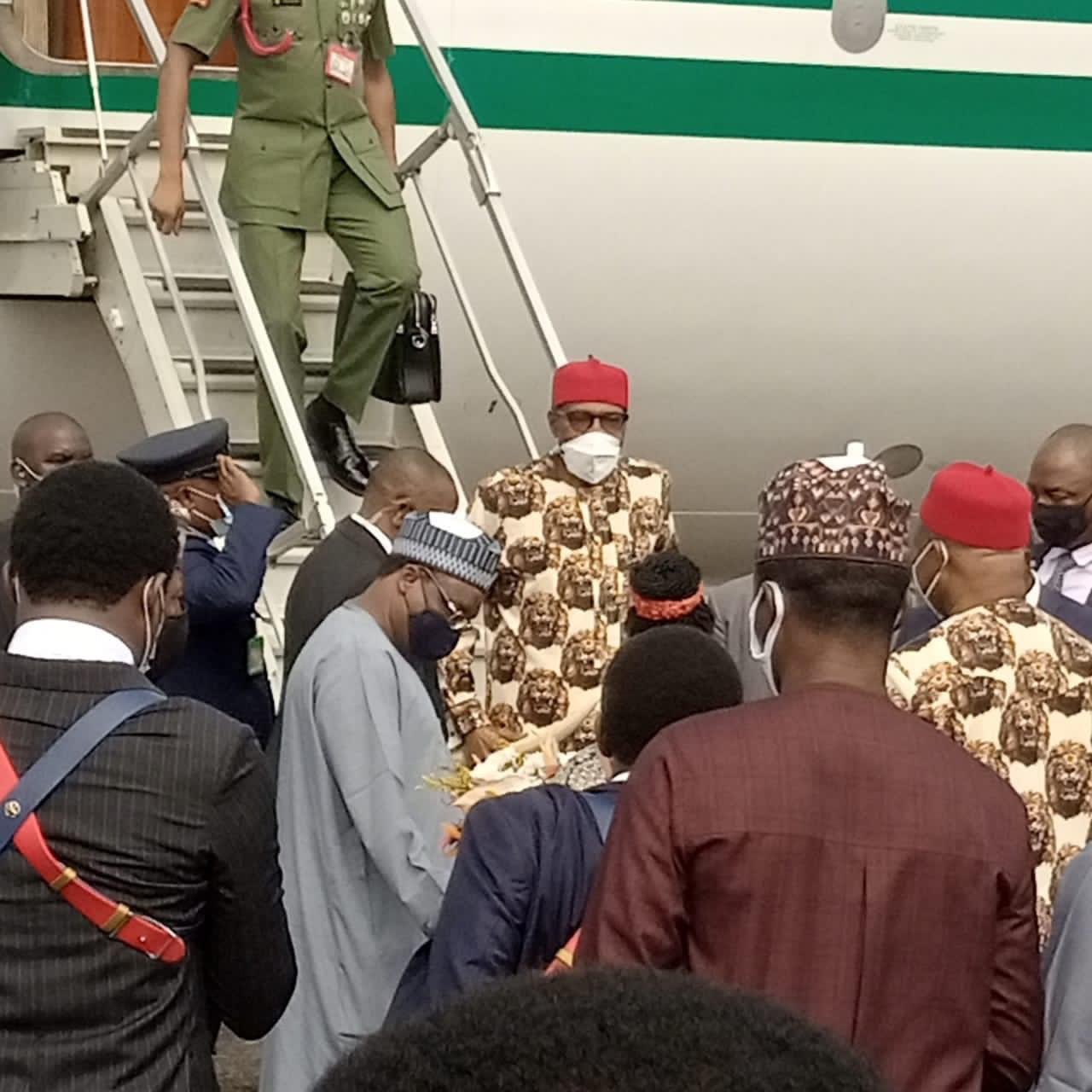 President Muhammadu Buhari on Thursday during his working visit to Imo State, held a closed-door meeting with Igbo and party leaders.

Journalists were shut out from the meeting which held at the newly commissioned ultra modern executive chambers at the Imo Government House, Owerri.

In attendance at the parley include the Ebonyi State Governor, David Umahi, and the Abia State Deputy Governor, Ude Okechukwu.

Others present at the closed-door meeting include the President General of Ohanaeze Ndigbo Worldwide, Prof George Obiozor; Minister of Foreign Affairs, Geoffrey Onyema; Minister of state Chief Uche Ogar: and other leaders of the All Progressives Congress (APC) in Imo and the southeast.

Earlier, Naija News had reported that President Buhari made fresh promises to the people of Imo State.

Buhari had visited the state on Thursday (today), to commission projects which include Naze-Nekede-Ihiagwa-Obinze Link Road Phase One, an underground tunnel on D-Tiger Road Owerri, the Egbeada Bye-Pass, and the new State Executive Council Chambers at the Government House, among others.

Speaking at the colorful event, Buhari assured the state Governor, Hope Uzodinma, that he would help him fight security challenges ravaging the state.