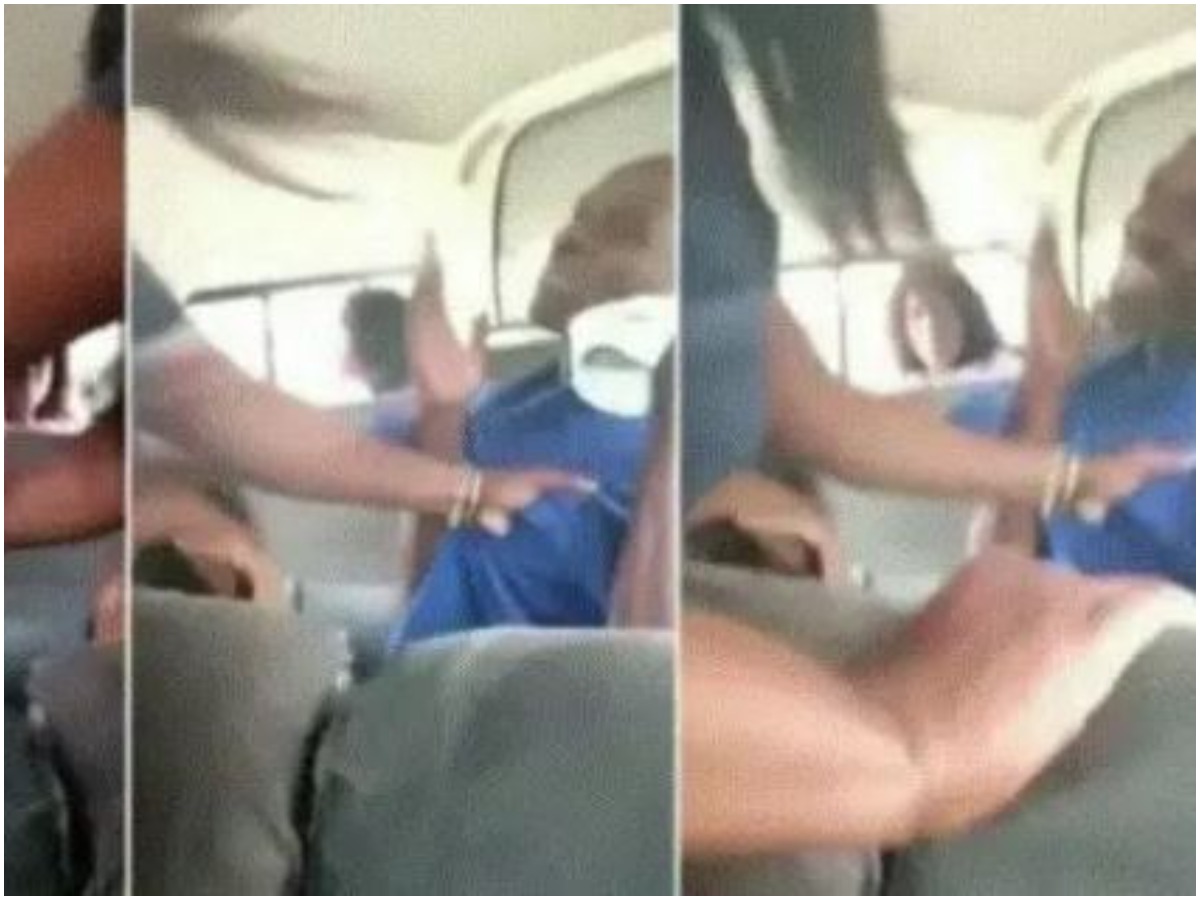 According to reports, the yet-to-be-identified man was said to have sat close to the 16-year-old girl in the ‘Trotro’ and tried every means to ‘sweet-talk’ the girl.

Two women got involved to stop the guy while he was trying to get into the young teenage girl’s head.

In the video that has become a growing sensation, the man was seen begging to be spared, but the women continued beating him.

@keith__andrews wrote; ‘So u see all this then nobody will say that they are abusing the man. A man should have the same right as the woman. If a man can’t hit a woman then a woman should not hit a man’

@iambokity wrote; ‘No matter wat he did Dey dnt hv the right to do that to him,,, not sure it cos of a 16years am sure he tried stealing them or sumthin cos if he is talking to a 16years has he slept wit her,,, if men do dis to a woman it will be problem but wen dieerr dey can do dis to,men‘

@aceteddy12 wrote; ‘Women will see this and laugh. But if it was supposed to be a woman being beaten they come out talk plenty this isn’t right. This nonsense not in my compound.’