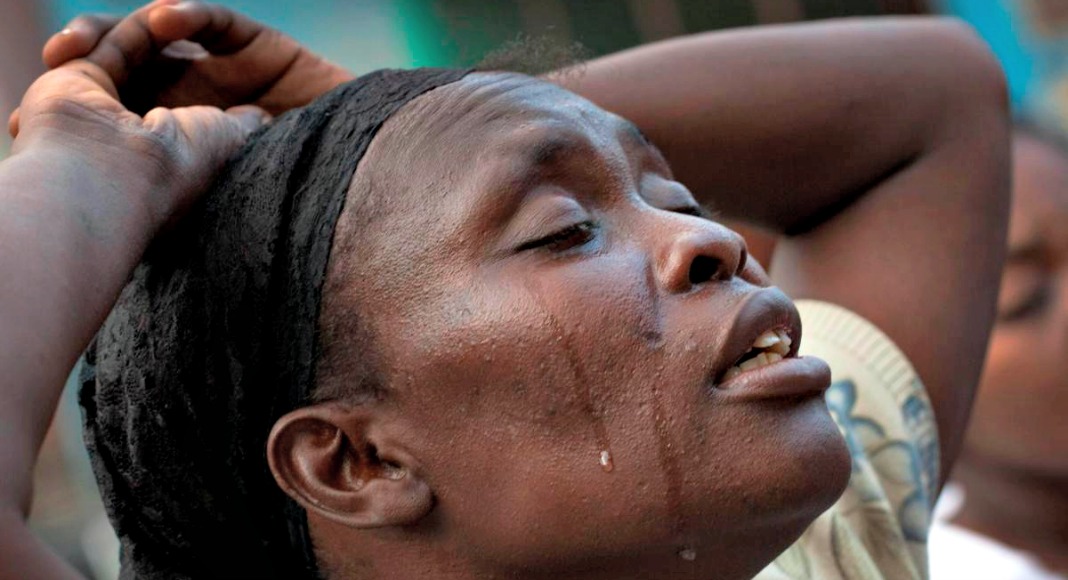 A teenage boy, name withheld, has been crushed to death by a speeding vehicle at Iyana Iworo, Berger, Lagos while watching a football match at a local field.

The unfortunate incident occurred on Tuesday, September 7 at about 6 pm, Naija News understands.

The car, which caused the death of the 15-year-old teenager had sped off after hitting the boy. The victim also had some exercise books with him as it seems the boy was planning on attending an evening class.

Below is the statement of an eyewitness.

“I was also watching as a spectator when the incident happened. The boy wanted to cross the road to
pick the ball when he was crushed by the car.

The vehicle was speeding because the road was very free.” he added.

Another eyewitness also claimed that the deceased had crossed the road but his book had fallen and he had gone back to get it.