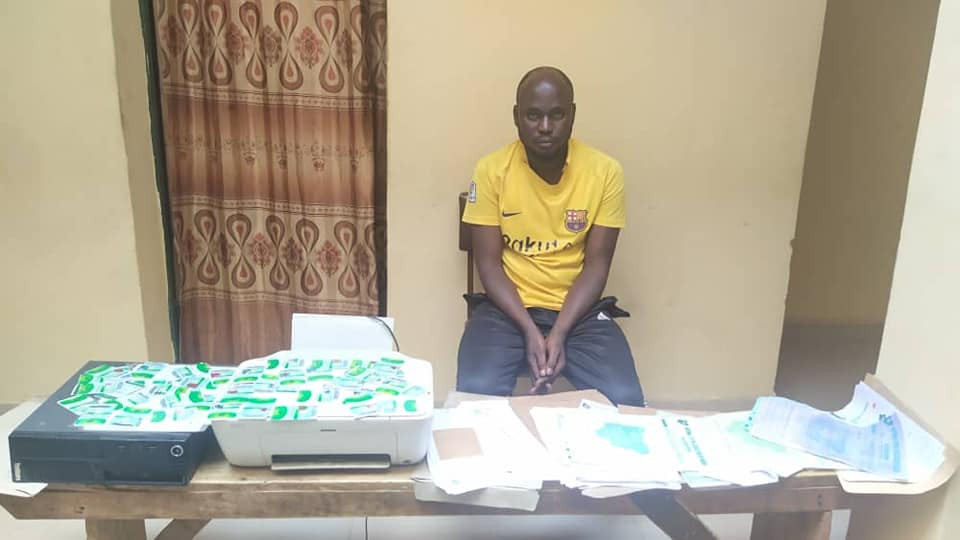 The Kano state police have arrested one Buhari Hassan, who has notoriously duped 64 people of six million naira.

Buhari was able to carry out his treacherous act by posing as an agent of the Central Bank Of Nigeria (CBN). 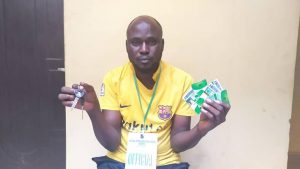 The spokesperson Of the Kano state police command, DSP Abdullahi Haruna Kiyawa revealed that Buhari was arrested at Yankaba quarters.

He said: “On 31/08/2021, at about 1500hrs, information was received from a credible source that, one Buhari Hassan, ‘m’, 38 years old of Sauna Kawaji Quarters, Nassarawa LGA Kano was posing as an agent of National Cotton Association of Nigeria under Central Bank of Nigeria (CBN) Anchor Borrower Programme to defraud unsuspecting members of the public using fake documents,”

The commissioner of the Police state command, Kano known as CP Sam’ila Shu’aibu Dikko had issued an arrest warrant for the suspect after receiving the report of his wrong deeds.

Buhari was later arrested in Yankaba with 47 fake identity cards and other forged documents.