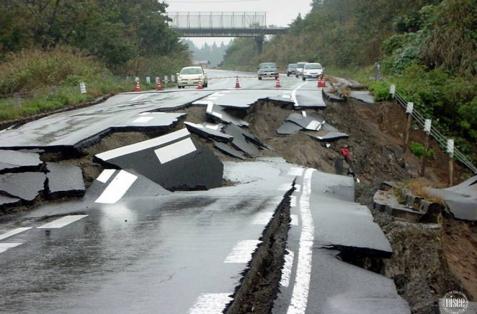 Residents of Saki (Shaki) town in Saki West Local Government Area of Oyo State have been thrown into panic in the last two weeks as persistent vibrations and continuous earth tremors rock their communities every day.

Naija News gathered from residents that anytime the earth vibration and tremor occur, buildings and other physical structures in the affected areas would shake violently as if to collapse on those around.

This has brought about internally displaced persons (IDP) in the area as distressed residents had to vacate their homes, farmlands and their places of business to a safer location.

Meanwhile, the Nigeria Geological Survey Agency (NGSA) on Tuesday disclosed that it had sent a team of experts to evaluate the extent of damage.

The Director-General, NGSA, Dr. Abdulrazaq Garba, while speaking to newsmen in Abuja, said a team of experts had been sent to monitor the extent of the tremor and pacify the community on the occurrence.

According to him, “a team has been sent to pacify the community because they were in panic. They have so far been able to capture predictive analysis from the Ilorin (Kwara) station which monitors Shaki and its areas of surrounding.”

The NGSA boss explained that earth tremor was a natural occurrence which humans do not have control over but added that consistent monitoring of tremors would help alert appropriate authorities and help study, mitigate and manage such situations.

“Earth tremor is a natural occurrence which humans don’t have control over. We are currently having earth tremor in Saki (Shaki) as of today (Tuesday). For quite some time, sesmistic data has not been captured therefore there are no accurate compilation of appropriate information,” he said.

He stated that there was need for more of the equipment because science just like statistics requires appropriate equipment to gather predictive analysis which was very useful to the nation and researchers.

Garba said: “We have put in some equipment to monitor these occurrences. Before the end of the year and early next year we will have more monitoring stations. We have six seismographs stations in the country.”

It would be recalled that a similar earth tremor was recorded in Mpape axis of the Federal Capital Territory of which NGSA had commissioned and put in place equipment to monitor future occurrences.