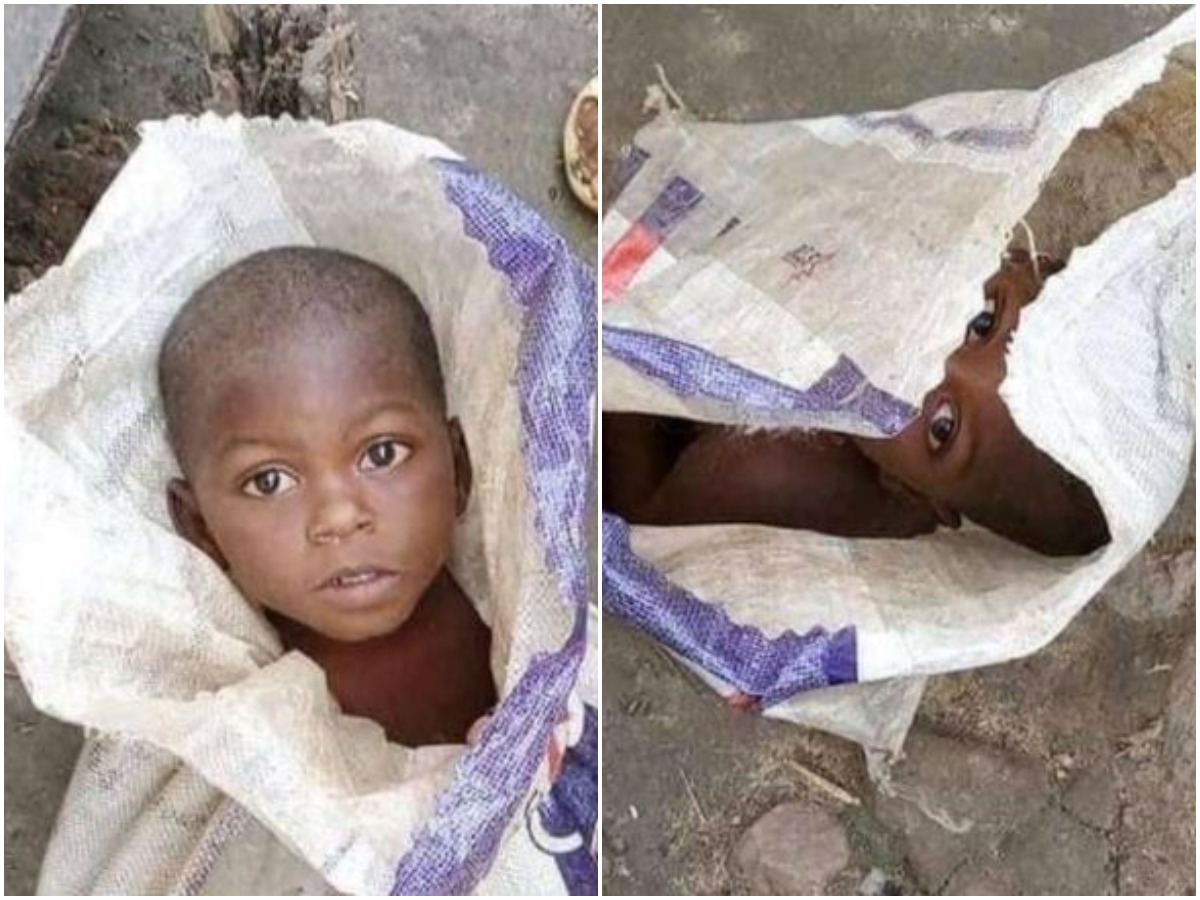 A Nigerian man has been arrested after trying to sell his three-year-old child wrapped in a rice bag.

According to Donnie Inuikim Sharon, a Facebook user who shared the photos, the man who’s yet to be identified as of the time of filing this report, blamed the devil, revealing that he was only trying to feed his other children from the gains he would have made if he wasn’t caught.

The father of eight was arrested while attempting to sell his son wrapped in a rice bag to a buyer who informed the police. Cases of selling of children for illegal adoption and trafficking have become a growing concern in Nigeria for some time now.

The suspect has been charged with child trafficking.

Man wrapped his 3yrs old son inside a rice bag for sell. When caught by the police, he said he has 8 children, that he want to sell this one to feed others. He has been arrested and he’s cooling off at the police station. 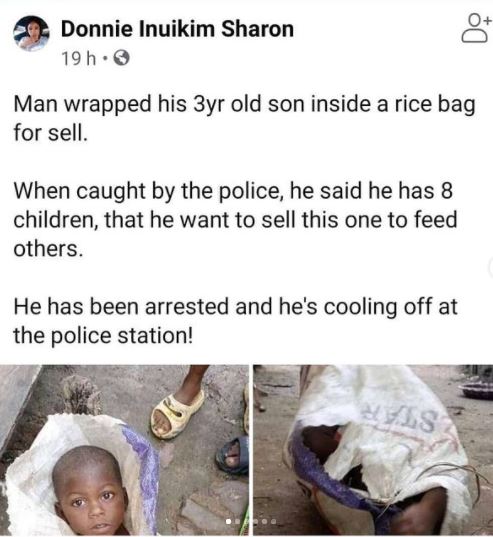 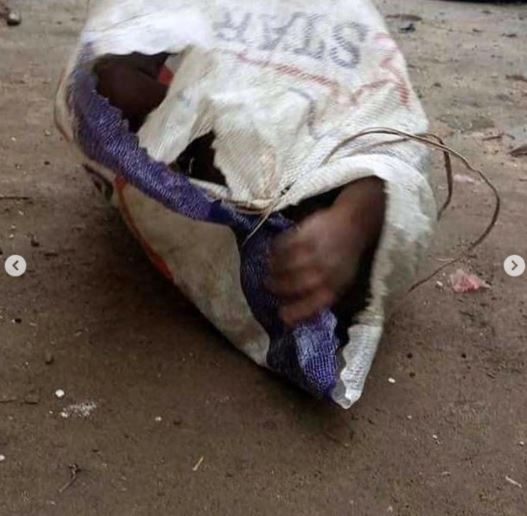 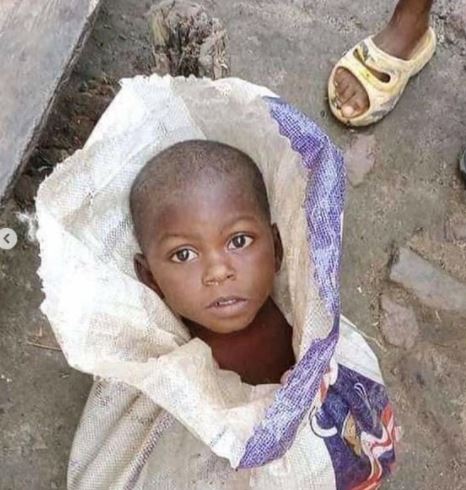 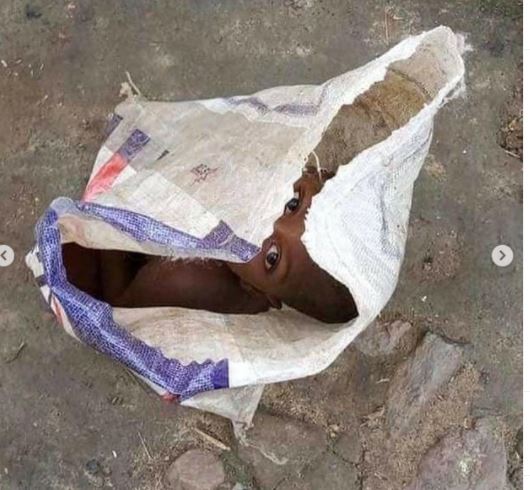 Meanwhile, the operatives of Abia State Police Command in Umuahia, arrested a 22 year old woman, Blessing Chukwu, for selling her child, the woman claimed to have sold her daughter to raise money to train her siblings.

She said she was given N190,000, out of the N360, 000 that was paid for the illegal adoption of her baby, while the rest was used to settle her hospital bills.

The police operatives also arrested one Dr Kelechi Omende and his wife, Euphemia, who allegedly facilitated the illegal adoption of the baby in their hospital.

Although Dr Omende denied knowledge of the illegal adoption in his hospital, his wife claimed that the adoption followed due process.

Euphemia said, “One of the women that adopted the baby came with her file from the welfare saying l should inform her whenever there is a baby for adoption.

“When our patients complained that she could not take care of her baby, I called the welfare office to get someone to come and adopt the baby.”