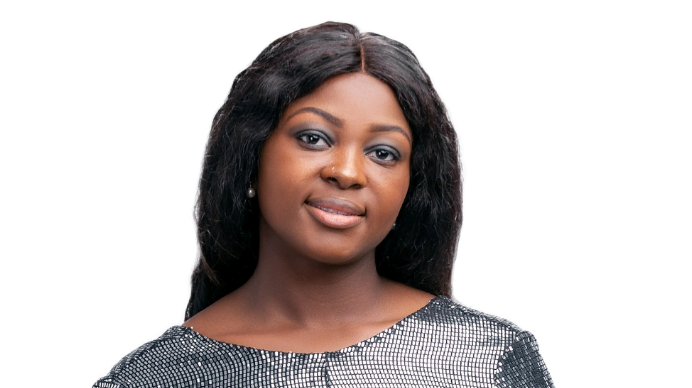 She made a post via her twitter handle welcoming Tega to her club and also stated that no one is perfect and everyone is a sinner.

Ka3na alsk demanded that anyone that is without sin should cast the first stone.

Her post is coming after Tega allegedly had an affair with fellow housemate, Boma while in the house. 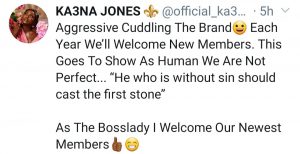 Naija News recalls that Ka3na who is also a married woman had gotten involved with another BBNaija housemate, Praise, while on the show.

After her eviction she had stated in an interview that there was no sex involved and it was simply aggressive cuddling.

She had later admitted at the reunion that there were some sexual activities between her and Praise.