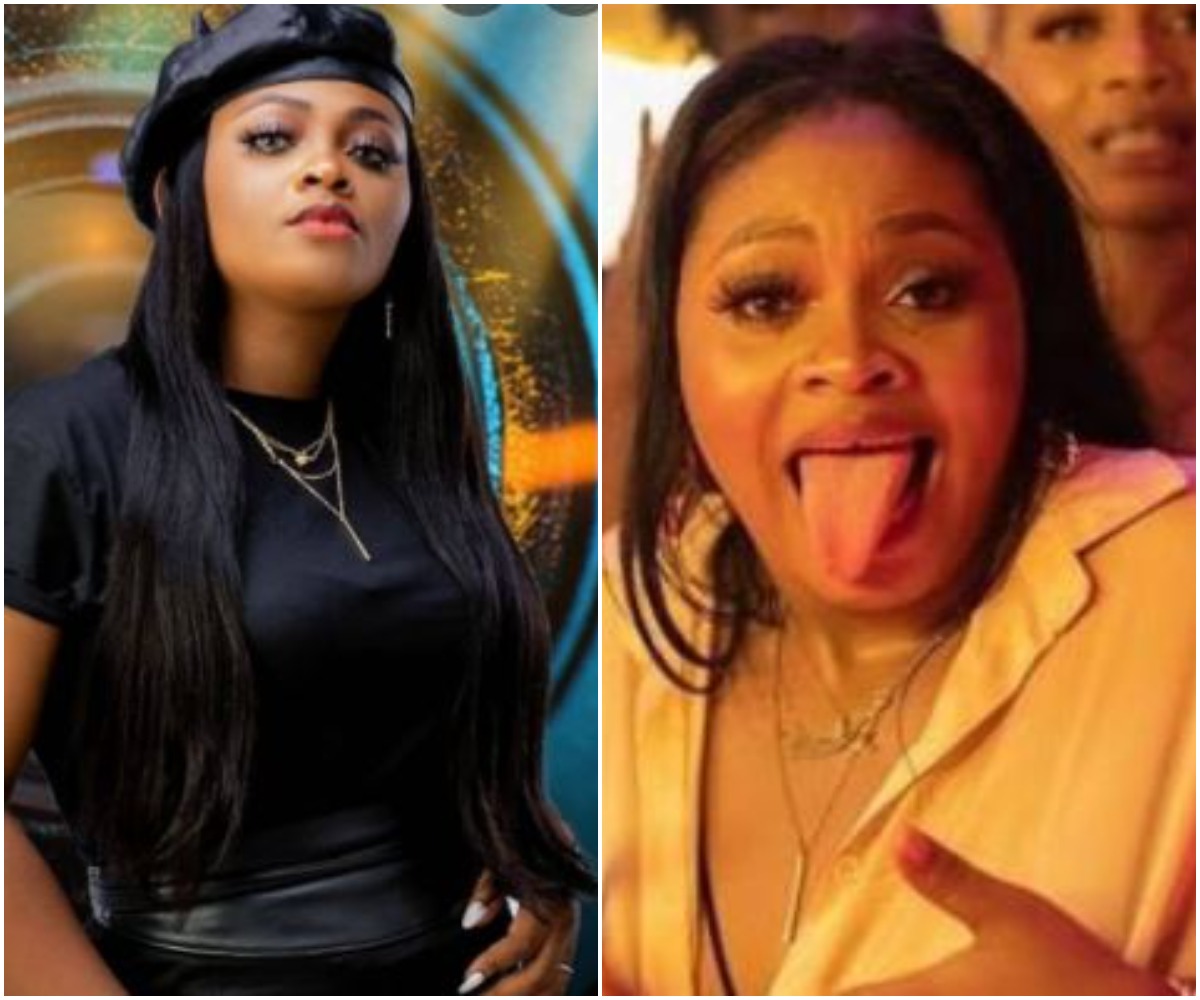 Nigerians on social media have reacted to a video of newly evicted Big Brother Naija ‘shine ya eye’ housemate’ Tega after she got hold of her phone.

Naija News reports that there was massive jubilation after married housemate, Tega was evicted on Sunday due to low number of votes from fans during the ‘kingsize eviction’ on Sunday.

This is coming after Tega, a married housemate got romantically involved with a fellow housemate, Boma who was also evicted from the house on Sunday.

In the new video shared on social media, newly evicted married housemate, Tega is pictured getting hold of her phone for the first time hours after leaving the Big Brother House and answering/connecting with her fan base on Instagram.

However, the unapologetic countenance and mannerisms of the married housemate, who’s seemingly looks unbothered while answering questions from her fans stirred angry Nigerians still very much displeased about her adulterous affair on the show.

Some social media users out rightly condemned her for being shameless and unapologetic despite her actions on the reality show, while others praised her for her courage.

Watch the video and reactions below;

A post shared by INSIDE LIFE (As E Dey Hot) (@inside_life_ng)

@bigbronaijaamebogist wrote; ‘U definitely cannot shame the shameless our number queen of content 😂😂😂😂😂 cant wait for our air clearer’

@official_ruusa wrote; ‘If shameless was a person’

@amaka_obeke wrote; ‘You know what is annoying me? No sign of remorse at all! She’s still forming bad guy! Reading through which lines? You miss what highlights? Tega abeg getout… Your husband is waiting for you’

@cute_babynurse’s wrote; ‘I love her energy.. most of u talking trash do worse in private.’

@official_chike_tk wrote; ‘She’s not genuinely happy …all these na acting’