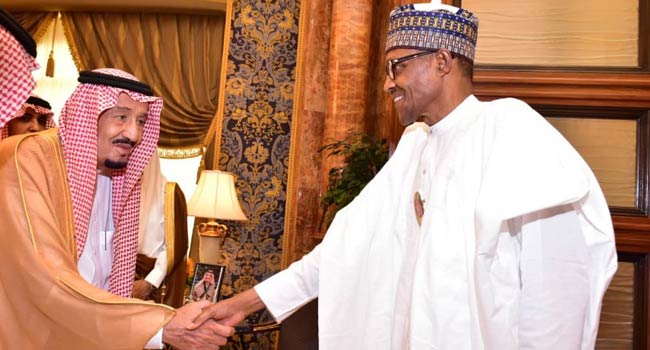 President Muhammadu Buhari has stated that oil-rich Kingdom of Saudi Arabia has been very kind to Nigeria by making sacrifices that enabled Nigeria earn more from crude oil sales.

He said with Nigeria’s large population and infrastructural deficit, the country needed all the revenue she could get from oil, a mainstay of the economy, “and Saudi Arabia has been very kind to us, making sacrifice by reducing production to accommodate us a number of times”.

The President, in a statement issued by his spokesman, Femi Adesina, said the relationship between the two countries was very strong “and dates back in time, both at the personal and national levels.” He added that “it is long and steadfast”.

Prince Al-Saud, who brought greetings from King Salman bin Abdulaziz Al-Saud, said the Kingdom appreciated the relationship with Nigeria, “which dates back 61 years, and we want to strengthen it even further”.

The two countries, he said, have good prospects both economically and politically, not just among the leaders, but also the people.

“There’s still a lot we can do together,” the Prince submitted.