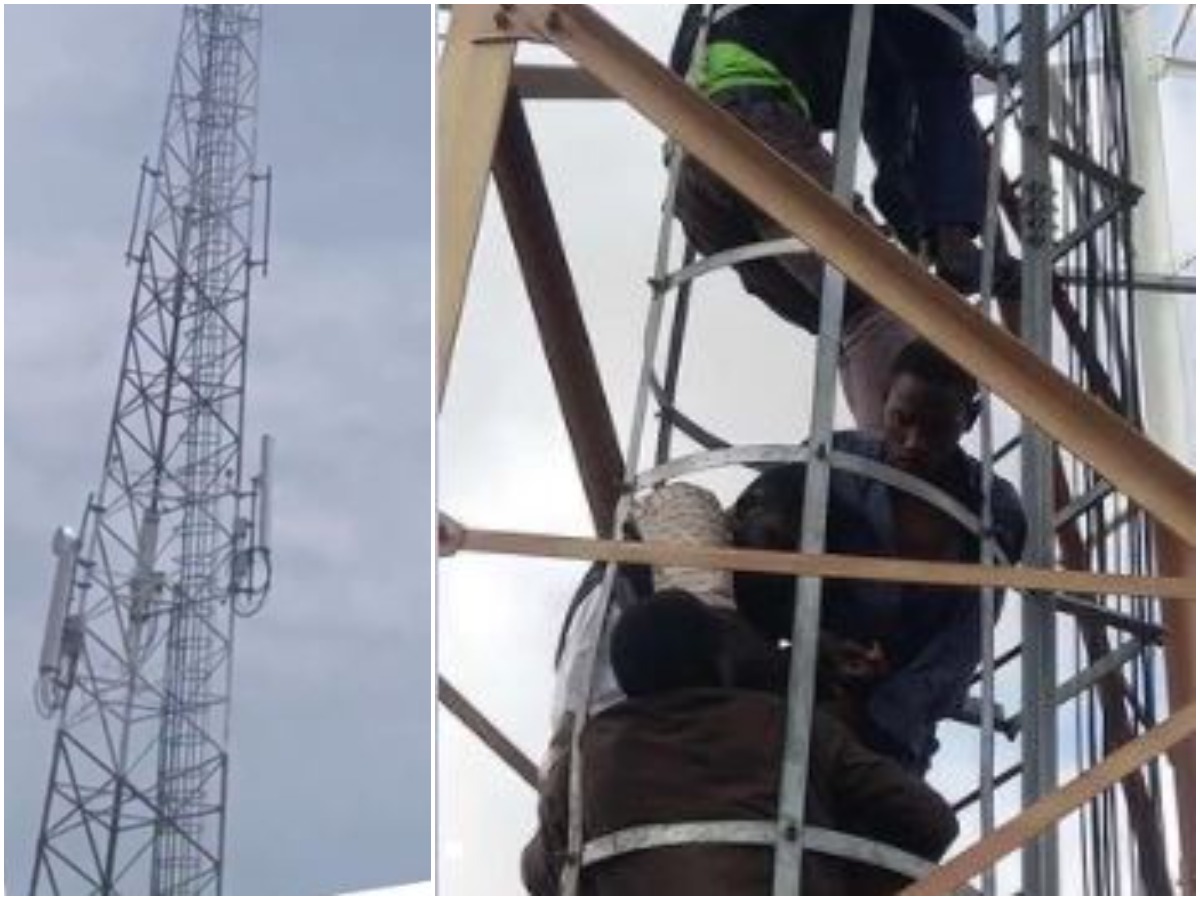 A Nigerian man on Sunday, September 5, was rescued after attempting to jump down from a telecommunications mast over his parent’s inability to marry him a wife.

According to reports, the yet-to-be-identified man due to frustration and depression climbed a telecommunications mast in the central area of Gombe city at the wee hours of Sunday, in protest of living as a bachelor despite being an adult.

However, it took the intervention of security operatives of the Fire Service, the police, and Civil Defence Corps to appealed to him, before he obliged, thus descending from the mast.

Explaining his actions in an interview with BBC Pidgin, the man said, since the death of his father seven years ago, he has been the one shouldering the responsibilities of his mother and family members, and only recently started experiencing financial difficulties which had hindered him from settling down.

“After the death of my father, I shouldered the responsibilities of taking care of everyone in my family. The Gombe state government was supposed to pay us some money since my father was a staff of the government but the money didn’t come I’ve been wanting to settle down but can’t afford the cost. So I climbed the mast to threaten my family members to get me a bride.”