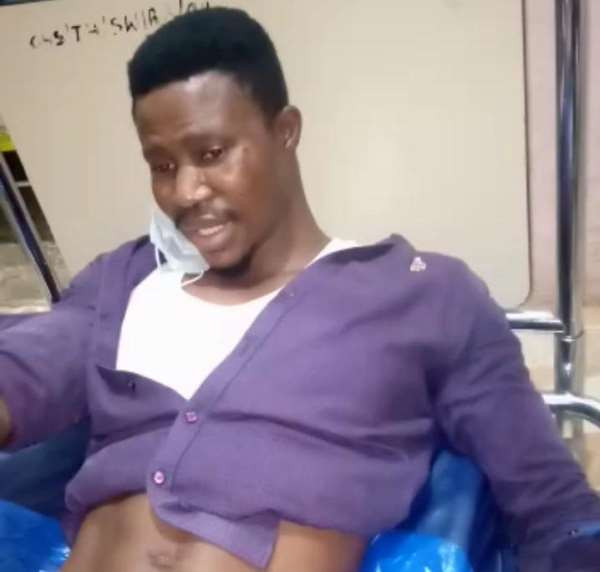 A Ghanaian prisoner simply identified as Abdulai has been arraigned in court for allegedly chewing off a fellow inmate’s testicles.

It was gathered that the criminal had a misunderstanding in the cell with an inmate whose name is given as Jafaru Boakye.

Abdulai, however, unleashes the horror in himself and reportedly bite off Boakye’s testicles, leaving him in a critical condition.

Confirming the incident, officers at the Tafo Pankrono Divisional Police Command in the Ashanti Region, said they were in shock when the prisoner chewed off the testicles of another inmate.

Though the cause of their fight was not made public yet, security men confirmed that Boakye has been rushed to the hospital and that he’s in critical condition.

This is coming barely a week after Naija News reported that an angry lady had bitten off her neighbour’s scrotum.

Nifemi Ajayi, a young woman, was remanded in prison by the Magistrates’ Court in Osun State after she allegedly bit her neighbour, Olayera Boluwaji on the scrotum.

According to the Prosecution Counsel, Insp Sunday Osanyintuyi, Nifemi committed the offence on Aug 24, around 8 pm at No 21, Oke-Soda, Ile-Ife.

Osanyintuyi added that the defendant bit Olayera Boluwaji on his scrotum and his stomach noting the crime violated the provisions of Section 355 of the Criminal Code, Laws of Osun, 2002.