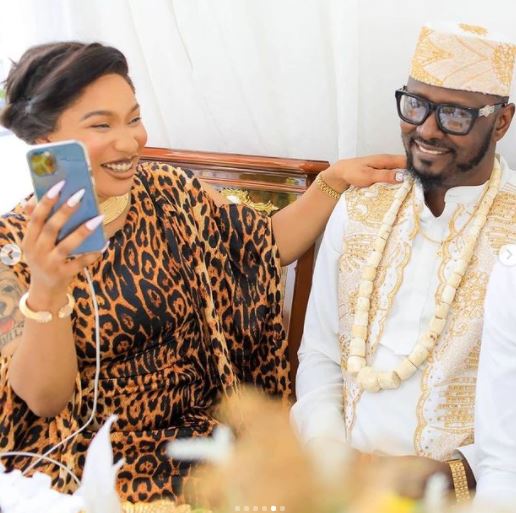 Award-winning Nigerian actress, Tonto Dikeh, on Sunday reacted to the allegations levelled against her by her ex-lover, Prince Kpokpogri.

Recall that the actress former lover in a post on Saturday had asked her to come forward with evidence that he cheated.

Kpokpigri alleged that his relationship with the Nollywood actress which lasted for three months was a living hell and also accused her of sleeping with someone else in Lagos State.

He further stated that Dikeh, after she was caught, begged for a second chance.

Dikeh while reacting to the allegation levelled against her said what the enemy planned for her is blocked by the Almighty.

“Friends who can sit down and entertain you gossip are an enemy in disguise. Run, run, run. I don’t care who you are, you have a problem with my friend, I am the last person you want to come to explain nonsense to. That is gossip.”

“Somebody needs to know that what the enemy planned for you is completely blocked. Forever blocked by the enemy.”

“Not a little blocked sis. completely blocked. sister/brother if you knew who you are you will wipe those tears and walk with your head high.”