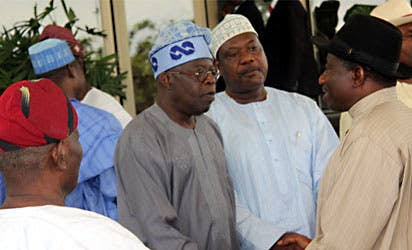 Adeseye Ogunlewe, a former Minister of Works and Housing under the administration of President Olusegun Obasanjo, has described Bola Tinubu as a magician.

He claimed that the national leader of the All Progressives Congress, APC, had made ex-President Goodluck Jonathan cancel an election the People Democratic Party, PDP, was winning in Lagos state.

According to Ogunlewe, Bola Tinubu is highly qualified to succeed President Muhammadu Buhari in 2023.

Speaking in an interview with PUNCH published on Sunday, the former minister claimed that the presidency under the PDP revered the former Lagos State governor.

“If you know how the presidency under the PDP revered Bola Tinubu, you will not believe it.

“(Former President Goodluck) Jonathan believed that Tinubu is a magician. Let me give you an instance. In 2011, during the general election, we were about to defeat ACN at that time.

“Bola Tinubu called Jonathan to cancel the election in Lagos State and he cancelled it at 5 o’clock in the afternoon on the day of the election which we were winning.”