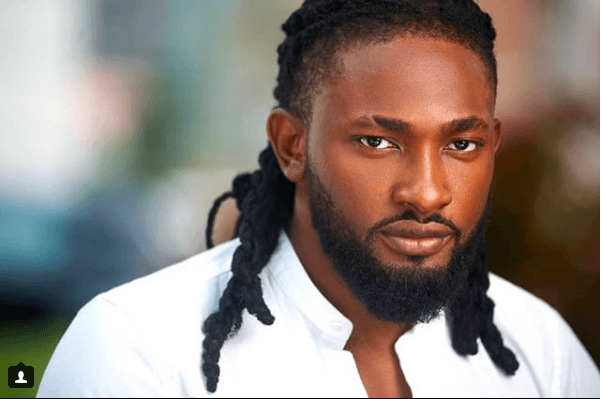 Winner of the fifth edition of Big Brother Africa who is currently a television presenter, Uti Nwachukwu, on Saturday has revealed that Cross is one of the most real, unpretentious, fun-loving and honest “shine ye eye” housemate of the season.

Uti made this known via his verified Twitter page where he noted that the Anambra -born housemate is the most realest amongst others, adding that he’s a BBAfrica standard.

In his own words, he wrote; ‘All sentiments aside make we talk true it won’t kee us. You see that Cross, He is one of the most real gees in that BBNaija House. Not overcalculating, unpretentious, fun-loving, honest and downright entertaining. He deserves all accolades and more! The guy is BBAfrica standard.”

Meanwhile, Big Brother Naija, housemate, Whitemoney has been awarded an acting role in the blockbuster series ‘King of Boys- The return of the King’ 2. 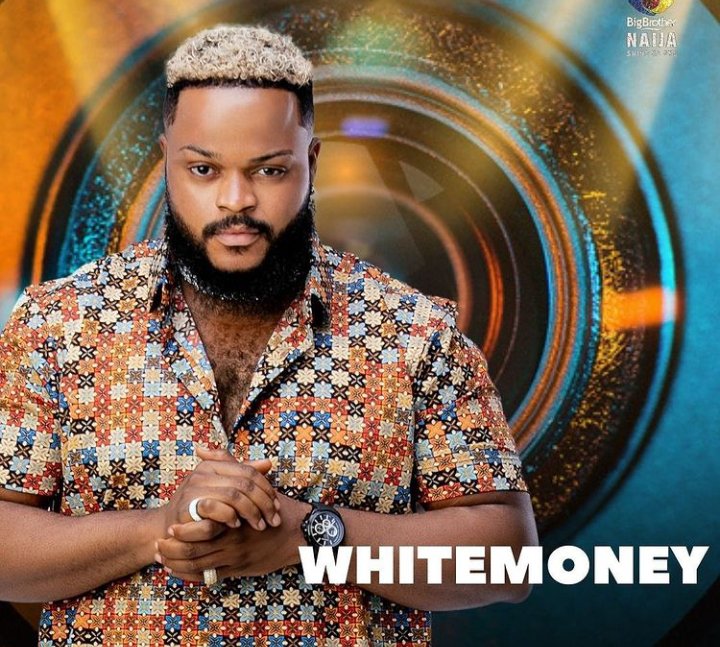 King of Boys director, Kemi Adetiba, via her verified Twitter page made the announcement where she inquired if fans would love to see Whitemoney in season 2.

She wrote; ‘Whitemoney In KOB season 2?’ 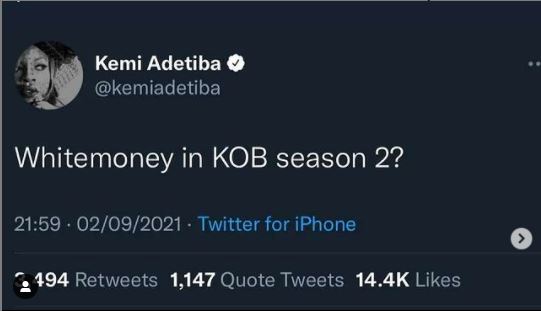 As expected, friends and fans of Whitemoney stormed Kemi Adetiba’s comment section to endorse the housemate.

@Baybie8, wrote; ‘Yas, I will personally make my entire village watch this season 2. White money is good vibes and we love him too much. Make it happen, sis, I cant wait to watch. Thank You’

@Mazi Olisaemeka wrote; ‘Yes, please. White Money should be the younger brother of Odogwu Malay, who came into the country to avenge his brother’s death.’

@ACe wrote; ‘Go through this thread and you will see that people watching the show are very much aware of Whitemoney’s potentials positive reviews left and right and centre. Whitemoeny is the reason for the BBN season 6 show.. Cant wait to watch him on Netflix soon’

With this latest movie role, Whitemoney is considered as the first housemate in the 2021 edition of the big brother Naija show to be awarded an acting role/deal while still at the house.