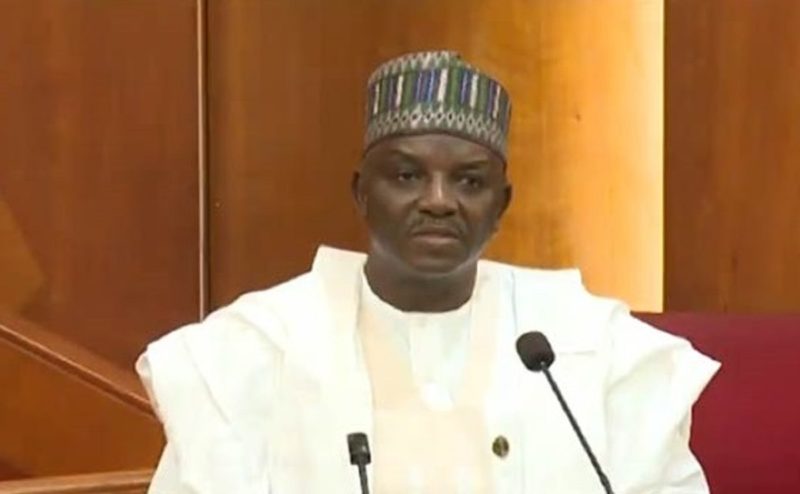 President Muhammadu Buhari gave the recently sacked Minister of Power, Engineer Sale Mamman, the option of attending the federal executive council meeting or not before his removal was announced.

This was made known by Sale Mamman’s Special Adviser on Media, Mr. Aaron Artimas.

He disclosed that President Buhari personally informed the sacked Minister about his impending removal during a visit to the presidential villa on Tuesday.

While revealing that Mamman was personally picked by Buhari without lobbying from anyone, he said the minister had to be dropped to pave way for the strengthening of the cabinet and alleged tension in the ministry.

Artimas however dismissed reports that his principal collapsed and was rushed to the hospital after the announcement of his removal.

He stated that the former minister was already ill and stressed after returning from a recent trip to Chad.

“It is the wicked fake news as usual because Nigerians are becoming vindictive and making conditions extreme for people we don’t like having issues with,” he told The Nation.

“The true story is that on Tuesday evening, the President himself called the minister to the Villa and informed him personally of his intention to make changes and that he (Mamman) would be affected by the changes for the reasons they discussed between them.

“And the minister accepted in good faith and thanked the President for giving him the opportunity.

“And the President told him that he was doing it because he wanted to strengthen the government and reduce some tension within the ministry.

“The President had singlehandedly appointed him because nobody lobbied for Sale to become minister.

“So, he felt that as his own son, if there is anything, he can have a mutual discussion.

“When he got home, he was tensed because when he went to Chad and he came back, he had been ailing a little bit, he had not rested.

“So, he took drugs and went to bed.

“When he woke up, his body was ailing. His sugar level had gone up. Maybe it had been long he had eight hours sleep.

“And the doctor yesterday had to bring down the sugar level.

“So, if you go to his house now in Maitama, you will see him there.

“Yesterday, I insisted he should grant interview, he granted Hausa service interview.

“So there was nothing like collapse. He heard about his removal before everyone else. At least, the President honoured him with that prior information.

“The President even gave him the option whether he would attend the Federal Executive Council meeting that day or not so that he would make the announcement after the meeting. He said he would not attend. These are the facts.”