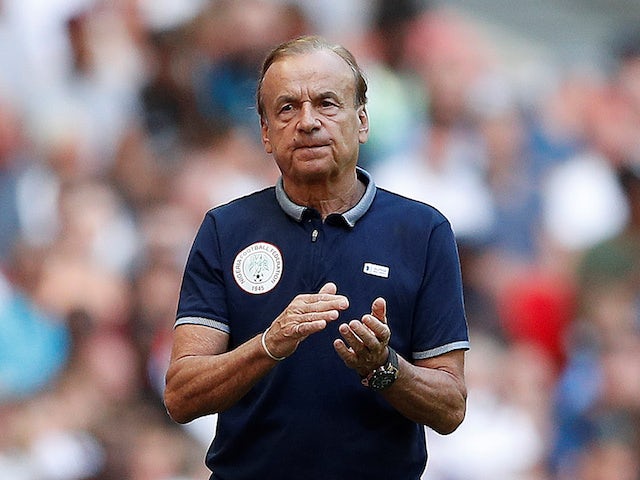 Nigeria National football team head coach, Gernot Rohr has mapped out the strength and weaknesses of Liberia’s team ahead of their clash today.

Naija News understands that Super Eagles will face the Lone Star of Liberia in the opening game of the second round of the 2022 World Cup qualifying tie today.

Setting out plans on how to defeat the Eagles’ opponent in their match today, Rohr said his scouting team has helped to secure vital information about Lone Star.

In June 2021, Liberia played three International friendly games in their tour of the North African nations of Tunisia and Algeria. They won 1-0 against Libya but were beaten by Mauritania (1-0) and Algeria (5-1).

Analysing the scouting reports, Rohr said the Nigerian side have done their bit to explore all that is required to defeat their opponent in today’s game.

Speaking with Sports journalists, Rohr reiterates that they have got hold of the match tapes of the games and have analysed them to know Liberian’s strengths and weaknesses.

He said: “We have seen some of their games. They played three games during the last international window. They played two games in Tunisia and one in Algeria,”

“Through the games, we have watched, we have noticed that they are a good side and that we cannot afford to toy with them. They have Oscar Dorley playing for Slavia Prague and a host of other stars playing in Europe,” the Super Eagles coach added.