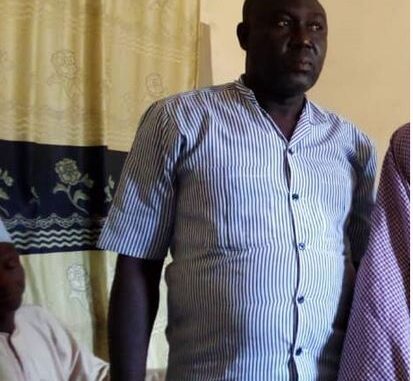 Alhaji Usman Galadima, a grade two teacher who was accused of sexually violating some pupils in Niger State has been suspended.

Naija News had reported earlier that 14 pupils of Central Primary School Karabonde, Borgu Local Government Area of Niger state accused Galadima of sexually violating them. They alleged that he told them to always come to school very early and use the opportunity to molest them before the arrival of other pupils and teachers.

According to the kids, Galadima had warned them not to tell anyone, threatened to kill them if they spoke about it.

Alhaji Galadima’s secret, however, began to leak in July 2021 after two of the pupils reported the repeated occurrences to the school’s headmistress, Hajiya Maimunat Tanko.

The headmistress took up the matter to the headmaster, Mallam Abdullahi Toure, who then summoned the accused teacher.

The case was later transferred to the Borgu Emirate Council and Galadima was promised leniency if he confessed. Double-mouthed Galadima at this time said he only abused two of the girls before later confessed to abusing 5 of the pupils.

It was when the young children were taken to the hospital for examination when it was discovered that the teacher who molested them is HIV positive.

The case got the attention of the social welfare department of Borgu LGA. This was followed by a visit from the Education Secretary of the council to the school.

In reaction to the development, the management of the State Universal Basic Education Board, SUBEB, suspended Galadima. A committee was set up to investigate the matter on Friday, August 27.

SUBEB said Galadima deserves to be punished for what he has done, starting with a suspension.

Speaking in a statement released on Wednesday, SUBEB’s Public Relations Officer, PRO, Idirs Kolo said: “The accused is presently with Child Right Protection Agency. We have to move him from Borgu to Minna to save his life from mob action by the parents and families of the victims. They are all furious over what he did to their daughters.

“The management of SUBEB has suspended him because what he did cannot be swept under the carpet by anyone. The state Governor, Alh. Abubakar Sani Bello is not happy with the development.”