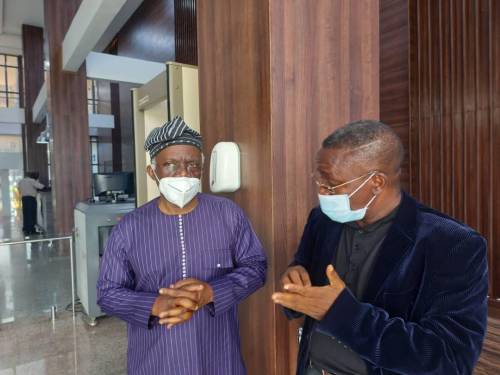 Naija News reports that the DIA, the primary military intelligence agency of Nigeria, had reportedly declared Olawunmi wanted over contents of an interview he granted Channels Television.

“Navy Commodore Kunle Olawunmi has arrived at the military DIA in Abuja. He was accompanied by his lawyers,” the source told SaharaReporters.

“They initially declared him wanted but downgraded it when the plot was leaked.”

The intelligence agency had asked Olawunmi to come to its headquarters in Abuja on Tuesday with his international passport, which may be seized.

He also accused the Muhammadu Buhari-led government of demonstrating an unwillingness to go after the high-profile politicians for reasons best known to him.

Olawunmi, a Professor of Global Security Studies, had said, “You remember this Boko Haram issue started in 2012 and I was in the military intelligence at that time. We arrested those people. My organisation actually conducted interrogation and they (suspects) mentioned names. I can’t come on air and start mentioning names of people that are presently in government that I know that the boys that we arrested mentioned. Some of them are governors now, some of them are in the Senate, some of them are in Aso Rock.

“Why should a government decide to cause this kind of embarrassment and insecurity to the sense of what happened yesterday (Tuesday attack on Nigerian Defence Academy)?”