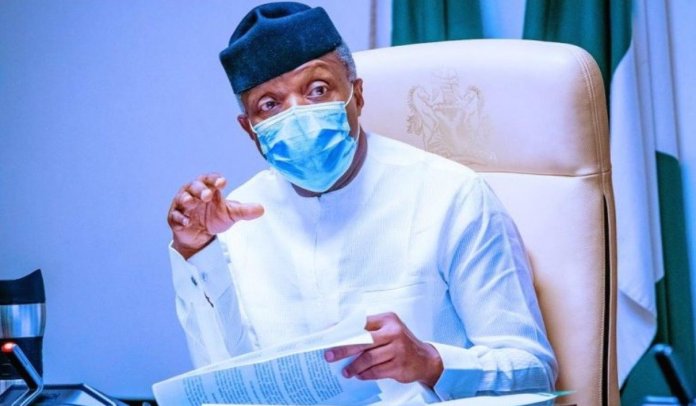 The Vice President of Nigeria, Professor Yemi Osinbajo has recommended personal sacrifices by leaders as a solution to the many challenges facing the country.

Citing an example of South Africa’s first black President, Nelson Mandela, Osinbajo said leaders must learn to put the people first in everything they do even if it will affect their public perception.

Shooting closer to home in his analysis, the Vice President also recalled the case of Abdullahi Abubakar — an Islamic cleric who saved over 200 Christians during a religious crisis in Plateau state in 2018.

Prof. Osinbajo made the submissions on Monday when he hosted a delegation of the Muslim Public Affairs Centre (MPAC).

Speaking with the delegation, Osinbajo noted that leaders at all levels and across various sectors must learn to manage conflict in such a way that it doesn’t degenerate into violence particularly in a multi-religious and multi-ethnic setting such as Nigeria.

“Those sacrifices are sacrifices, even in what you say, how you say it, and then sacrifices also in the acknowledgment of whatever people are saying and the willingness to accept,” he was quoted to have said according to a statement by his media aide, Laolu Akande.

“It is very important that we don’t diminish the importance of language and respectful non-violent communication so that we are able to keep our discussions at a level that ensures that we don’t degenerate too quickly to violence.

“We can all talk nicely and say the right things, but unless people are prepared to make some concessions which may cost them popularity within their own group, we cannot move forward.

“But more importantly, challenging our leaders to say the right things and to be prepared to risk some popularity in order to do so, then we will just be wasting a lot of time.”