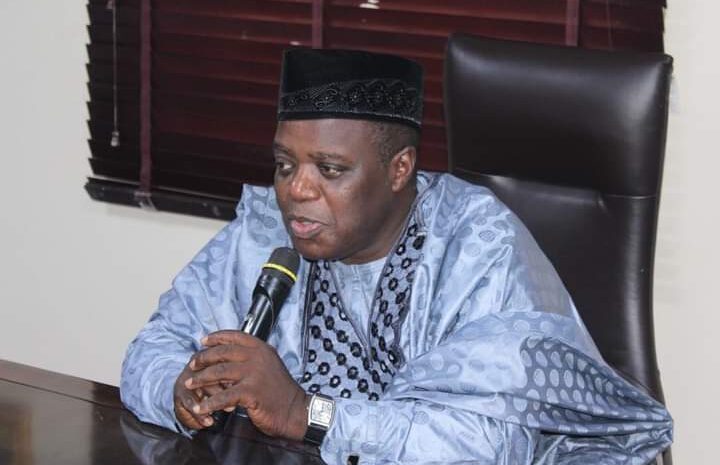 The National Broadcasting Commission (NBC) has finally reacted to the query it issued to a popular broadcast station, Channels Television.

Naija News reports that the commission had queried the media outlet over an interview granted by Governor Samuel Ortom of Benue State last week.

The regulator also summoned two of the station’s presenters, Chamberlain Usoh and Kayode Okikiolu, to Abuja over the interview.

Ilelah added that Channels TV violated six of its codes during the interview and that the anchors failed to interrogate the governor thoroughly.

The NBC boss also denied reports that the commission is doing the bidding of the Presidency, asking media platforms to help the commission in regulating the broadcast industry.

Ilelah stated that the commission will keep on summoning any media outfit that goes contrary to NBC code, adding that no media outfit is above the law.

The NBC boss stated these when he received members of the Nigeria Union of Journalists (NUJ) at the commission’s office in Abuja on Monday.

He said: “As leaders of your various reputable and responsible organisation, I want you to tell your members that nobody is above the law.

“All of us must live within the coverage of the law and we must be held accountable. Journalism is a profession that has ethics, we are supposed to operate within the ethics of the profession.

“You came to the commission based on some reports from the social media. As a journalist, I know that news coming from social media are not verified and normally when you get information from anywhere, you need to verify the source of the news.

“But when the news had no source and then you went again and keep on spreading the news, that is not journalism.

“We are going to keep on fighting people that are spreading fake news, the commission will not be scared and will keep on summoning anyone who goes contrary to NBC code.

“NBC is not here to suppress press freedom, but to guide the press. Our duty is to make sure that everybody is given a fair playing ground so that you can say whatever you want to say that is according to the law.”