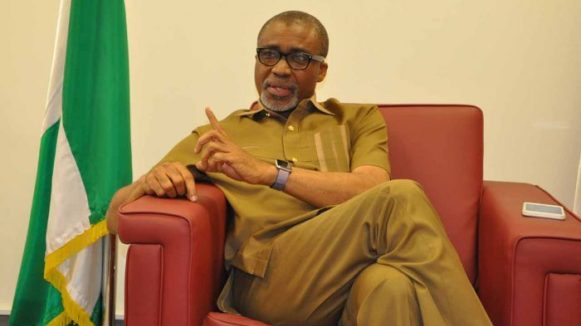 Naija News reports that the commission had queried the media outlet over an interview granted by Governor Samuel Ortom of Benue State and Ex-Naval Commodore, Olakunle Olawunmi, last week.

The regulator also summoned two of the station’s presenters, Chamberlain Usoh and Kayode Okikiolu, to Abuja over the interview.

Speaking on Saturday before the National Executive Committee (NEC) meeting of the PDP in Abuja, Abaribe stated that PDP lawmakers will reject any legislation that seeks to stifle the press.

Abaribe added that the All Progressives Congress (APC) government is intolerant of criticism, adding that any plan to gag the press will be kicked against by Nigerians.

The lawmaker, however, expressed optimism that PDP will return to power in 2023.

Recall that NBC was not comfortable with an interview granted the private television station by Ortom and Olawunmi.

Ortom had in the interview labelled Buhari as the worst President to ever rule Nigeria, adding that the President is grossly incapable of managing the affairs of the country.