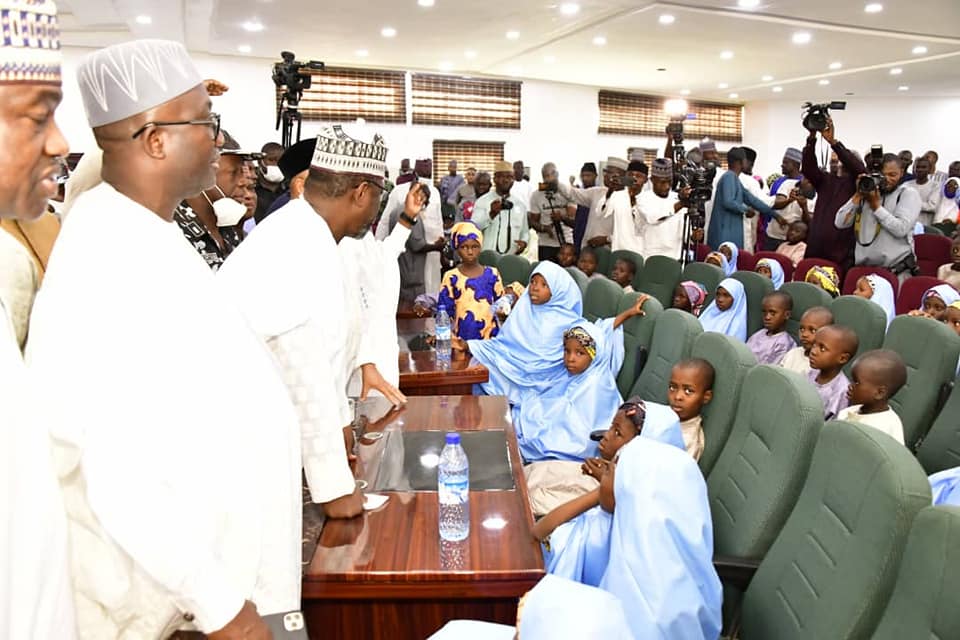 Governor Abubakar Sani Bello of Niger State has warned bandit terrorists operating in the state that “their days are numbered”.

Addressing journalists at the Government House on Friday, the governor vowed that the daredevil criminals would be hunted down and be made to face the wrath of the law.

Bello, however, revealed that only 92 Tegina pupils were kidnapped from the school instead of the 136 that was earlier reported.

The governor, who regretted that one of the pupils died in the hands of the abductors, expressed concern over the callous manner in which the bandits operated and treated the pupils.

He said, “This goes to show the sickness and madness in the heads of some people. Otherwise, I cannot explain or imagine why you should abduct an innocent three-year-old child and keep him or her for over 80 days.

“This has affected the morale and confidence in people and has made even parents to think twice before they send their children to school.

“However, I can assure you that we will do whatever it takes to bring the kidnappers to justice. We have put in place all necessary measures to hunt, arrest and prosecute those involved in this heinous act.”

According to the governor, the activities of the bandits were in no small measure discouraging parents from sending their children to school.

The governor, however, said that the children had been examined and declared fit to join their families except for four of them who he said would require more medical attention.

Bello added that the conflicting number of the abducted students was caused by some of the parents.

“They later found their children but they didn’t inform the school. What we see now are those we believed were taken away. So it became difficult to come out again to change the number,” he said.