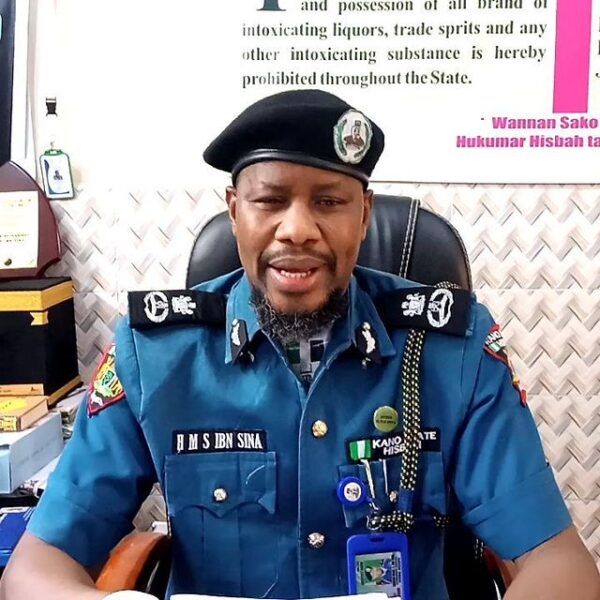 After being criticized for ignoring the ‘revealing’ wedding dresses of Yusuf Buhari’s bride, the Kano Hisbah Board has explained why it differentiates between the rich and the poor in its operations.

Naija News reports that Yusuf is the son of President Muhammadu Buhari and recently got wedded to the daughter of the Emir of Bichi, Zahra in Kano State.

The operatives of the Sharia police recently launched a clampdown on young men with stylish haircuts, in addition to banning the use of mannequins at fashion shops.

Explaining the reason for the preferential treatment, a director at the board, Aliyu Kibiya, told Freedom Radio that it is against the tenets of Islam to publicly criticize a leader.

“Although we call on everybody in the society to do the right thing, but we make the call on case by case basis.

“It is against the tenets of Islam to mount the podium and call out leaders. There are ways to caution a leader without criticizing him in public,” Kibiya said.

However, the commander-general of the board, Haroun Ibn-Sina, told the radio station that they also arrest the children of the rich but did not cite instances of rich kids arrested by the moral police.