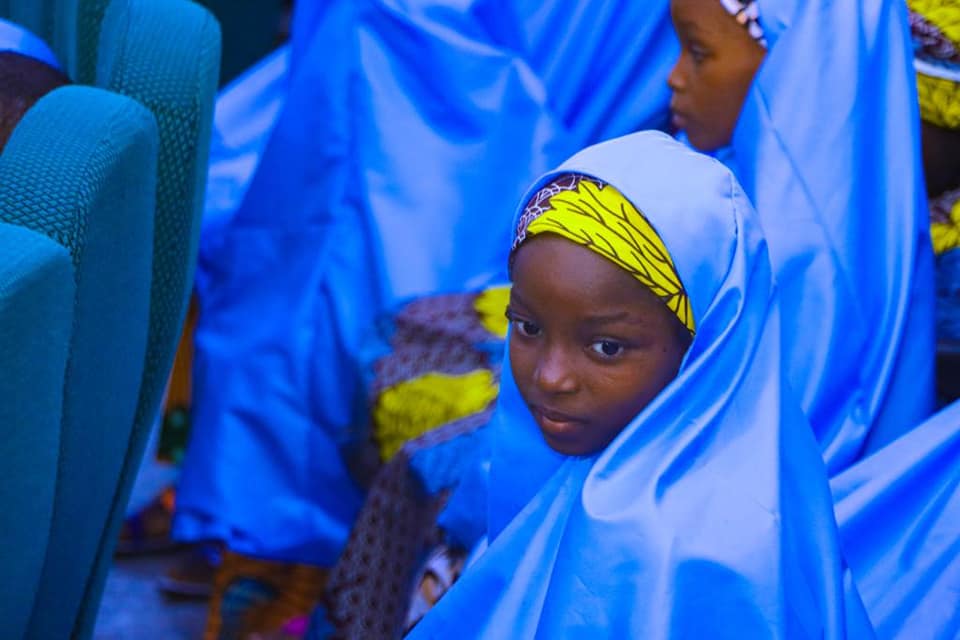 Some of the released pupils of Salihu Tanko Islamiya School, Teginain Niger State have narrated their ordeal in their abductor’s custody.

Recall that the students who were abducted from the Islamic school on May 30 by bandit terrorists, were released on Thursday evening.

Naija News reports that the teenagers were released after the bandit terrorists received ₦65 million naira and bikes as ransom.

On Friday, the pupils, who looked weak and starved, were taken to a government health care facility for a medical check-up and a good diet.

Speaking with reporters, one of the students, Furera Isah, looked sad when asked to narrate how they were treated by the bandits during their stay with them.

Isah stated that they were treated like slaves during their stay with the bandits, adding that the criminals beat them everyday until they were freed.

The distraught student added that they were fed only rice and kunu, adding that the pupils slept in a shabby place under the rain and the sun.

Isah said, “They beat us often. We were fed but only with rice and kunu. They would call us out in the night and beat us. We were never comfortable. They beat us every day, but they fed us three times a day with just rice and kunu, throughout the period we stayed with them.

“They called us to beat us every day, but they allowed us to say our prayers. Sleeping was also another problem. We slept in a shabby place under the rain and the sun.”

Narrating his experience, another pupil named Musa stated that they went through hell during their stay with the bandits.

Musa stated he would not wish any of his enemies to experience what the students went through in the hands of the abductors.

He said, “We went through hell. We were beaten and they even threatened to kill us, if our parents did not pay the ransom they demanded.

“We begged them, they did not listen. Though there were a few of them who realised that we could not influence the early payment of the demanded ransom, others did not care.

“We told them we were poor and that our parents were mere farmers. But they neither listened nor cared about us, even though we were speaking the same language. I will not wish my worst enemy undergo what we went through in the hands of those wicked souls.”