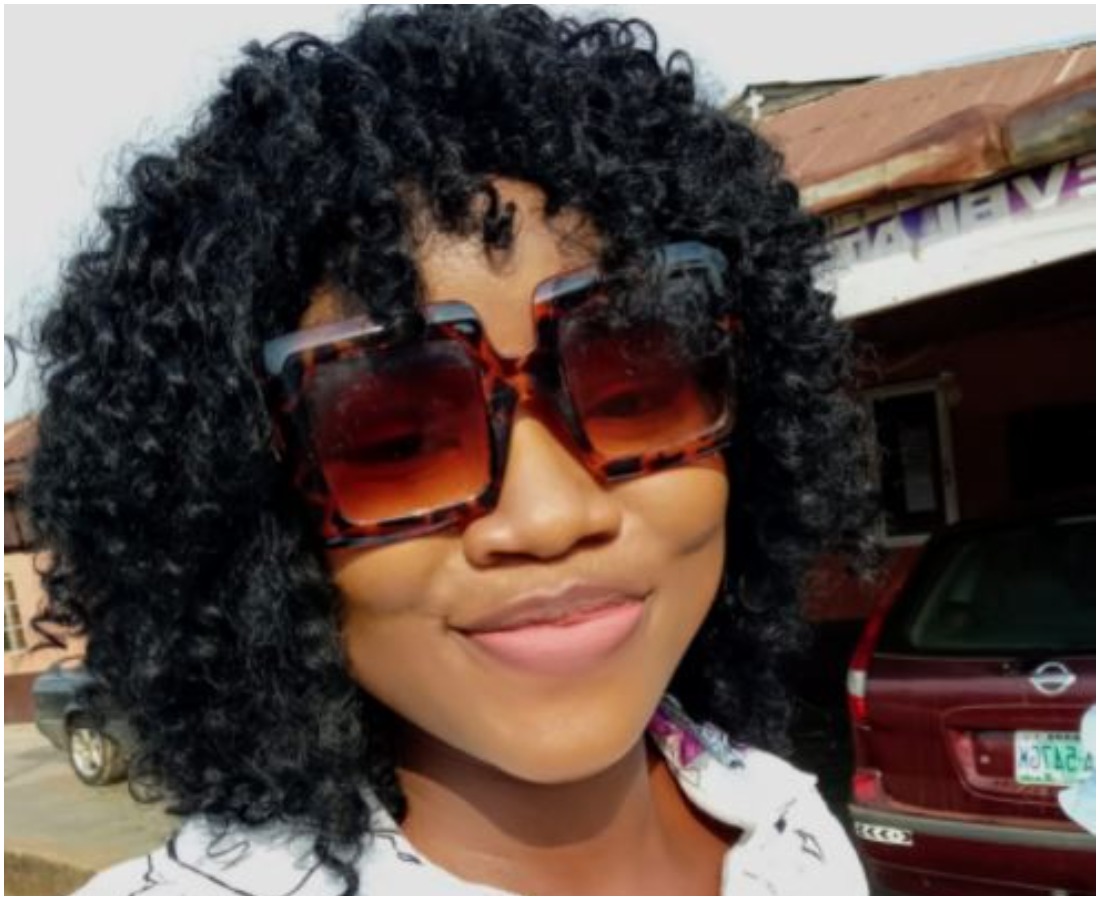 A businesswoman identified as Morenikeji Adekunle Praiseberry has taken to Facebook to narrate how she narrowly escaped been used for rituals in Ogun state.

According to Moreni, a ritualist had accosted her, chanting some incantations which hypnotized her to follow him while she was on her way to the bank.

She added that a thought brought her back to her sense and made her start to call on the name of Jesus.

When the ritualist realized she had regained her consciousness, he gave her a hot chase and only left her when she came to a space filled with people.

In her own words, she wrote;”Omooo Make una epp me thank God o

I stepped out to withdraw money because I had no cash on me. Thankfully, Ire was sleeping so he didn’t come with me. I was on the phone with my grandmum, normal level nah, she was praying for me.

Then a guy came to me like he wanted to talk to me, on the main road o but it was late. I told my grandmum that I’ll call her back later, then cut the call. This man started doing incantations and asked me to follow him, I felt the urge to follow him and I did, few seconds later, a thought came to my mind and I started asking myself why exactly I was following a stranger I don’t know from anywhere.

Then I stopped following him and started saying “Loruko Jesu” I pack race o and this man chased me till I got to a filling station that was filled up with people before he stopped. 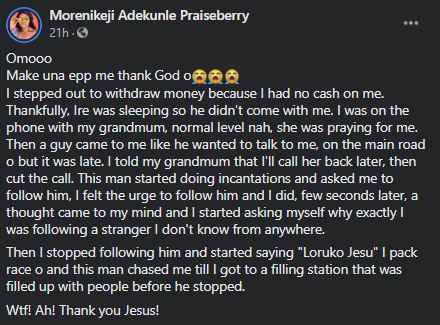