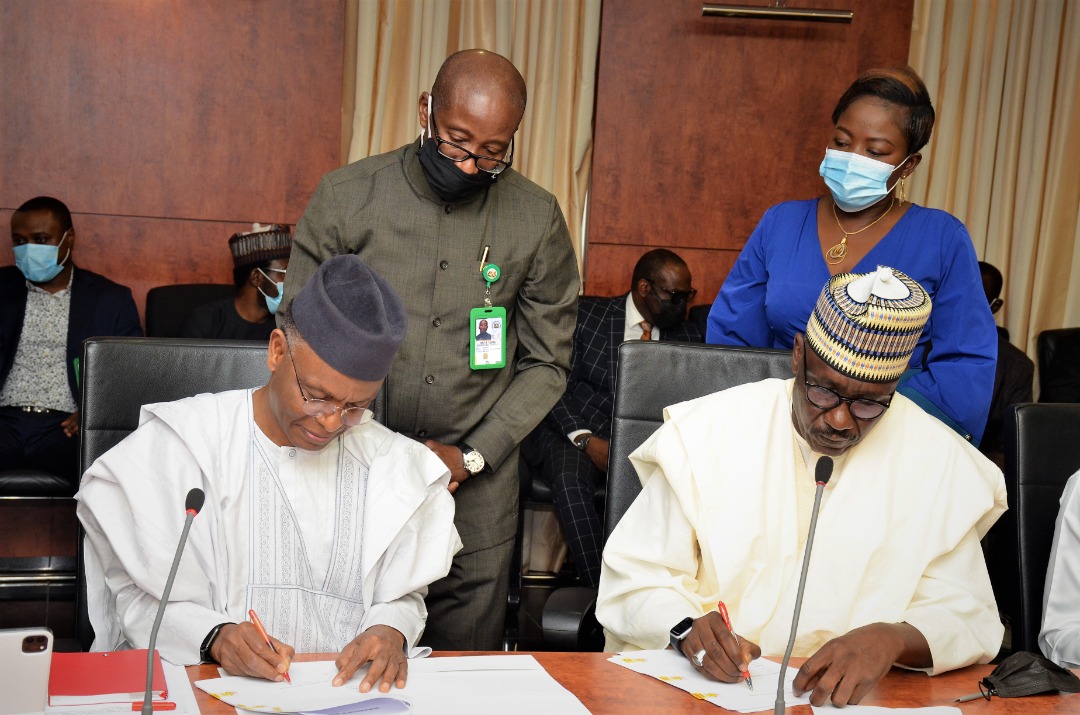 In a bid to boost Nigeria’s domestic gas penetration aspirations, the Kaduna State government and Nigerian National Petroleum Corporation (NNPC) on Thursday signed a Memorandum of Understanding (MoU) for utilisation and expansion of gas supply.

This was made known in a statement sent to Naija News on Thursday, signed by Garba Deen Muhammad, Group General Manager, Public Affairs Division, NNPC.

Speaking at the signing held at the Sir Kashim Ibrahim House in Kaduna, Kyari described the moment as yet another watershed in the Federal Government’s Decade of Gas initiative.

He stated that the FG’s gas initiative is aimed at utilising the nation’s abundant gas resources to power the nation’s economy through a number of strategic gas expansion projects such as the ongoing OB3 and Ajaokuta-Kaduna-Kano Gas Pipeline Projects.

According to Kyari, the the event which was facilitated by the Gas Aggregation Company of Nigeria (GACN) would ensure long-term involvement and support of Kaduna State Government and key gas sector players such as the Nigerian Gas Company (NGC), the Nigerian Gas Marketing Company (NGMC) and virtual pipeline companies to provide gas supply assurance to industries within the state on competitive terms.

“We all know that Kaduna used to be a hub when it comes to industries. It is our hope that this MoU signing will help provide the gas needed for some of those industries to come back to life,” he stated.

He said the NNPC was committed to the commercialization of Nigeria’s abundant natural gas resources to support balanced economic growth and job creation across the country.

Kyari stressed that as the world transits to low carbon energy, the nation’s huge gas resources would continue to be an important source of clean energy for today and the future.

“NNPC is leading this coordinated effort with State Governments and private sector investors to develop demand framework for immediate and long-term gas supply solutions ahead of the completion of the AKK gas pipeline project,” he noted.

Responding, Governor Nasiru el-Rufai said his administration is delighted with the prospect of having an additional energy source to power businesses in the state.

“We wholeheartedly welcome this project. Gas provides a cost-effective option for powering factories, homes and vehicles. For the Kaduna State Government, this project is a welcome boost to our investment and job creation strategy.

“It will create jobs and provide skills for artisans who will work on the gas pipelines and associated infrastructure. Beyond that, this project will power the industries that have responded with enthusiasm to our investment promotion campaign,” El-Rufai said.

The governor thanked the GMD NNPC and the Gas Aggregation Company of Nigeria for the gas utilization and expansion initiative and zeal displayed by to deliver the project.

He assured of the state government’s committment to the MoU and the realisation of its goal.