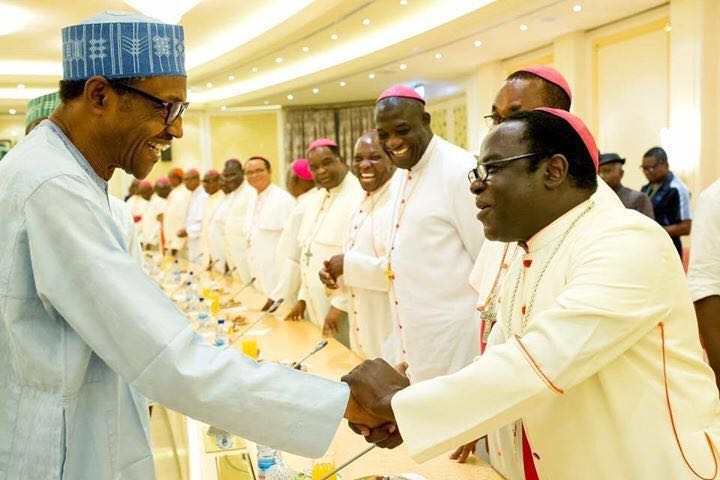 The Catholic Bishops Conference of Nigeria, has urged the Federal Government to take the responsibility of developing clear strategies that are capable of taking Nigeria out of the woes of insecurity.

Naija News reports that this was contained in a communique issued to journalists in Abuja by the Catholic Secretariat of Nigeria, Abuja, at the end of the second plenary of the Bishops’ Conference, on Thursday.

The Catholic prelates also charged the Federal Government to aggressively pursue youth empowerment programmes to reduce the spate of violent unrest in the country.

The communique reads in part, “We recognize the efforts being made by the Government to fight insecurity in the land. However, we stress that the Government needs to show more strategic commitment and sincerity in this fight and take full responsibility for the present culture of violence and impunity in the country.

“We urge Government at all levels to provide the enabling environment that would make it possible for both the Government and the private sector to create job opportunities for our teeming youth population. This would surely reduce the danger of insecurity and unrest,” the Catholic bishops said.

The Bishops also asked the Federal Government to ensure that the arrested leaders of groups agitating for self-determination receive a fair and just trials.

“We also recognize the rights of peoples to self-determination; yet we emphasize that the exercise of such rights must be within the confines of the rule of law.

“We urge the Government to ensure a just and fair trial of the arrested key players in the struggles. To mismanage these cases is to trigger off further avoidable unrest,” the CBCN said.

On electoral reform, the Bishop condemned the rejection of electronic transmission of election results by the National Assembly, saying it would create a room for the manipulation of political results in the future.

“We therefore state loud and clear that the recent voting by the National Assembly against electronic transmission of results of elections will create an opening for further manipulation of electoral votes and lay the foundation for more conflicts in future elections. We call on the National Assembly to reconsider its position in the light of world best practices,” the communique added.