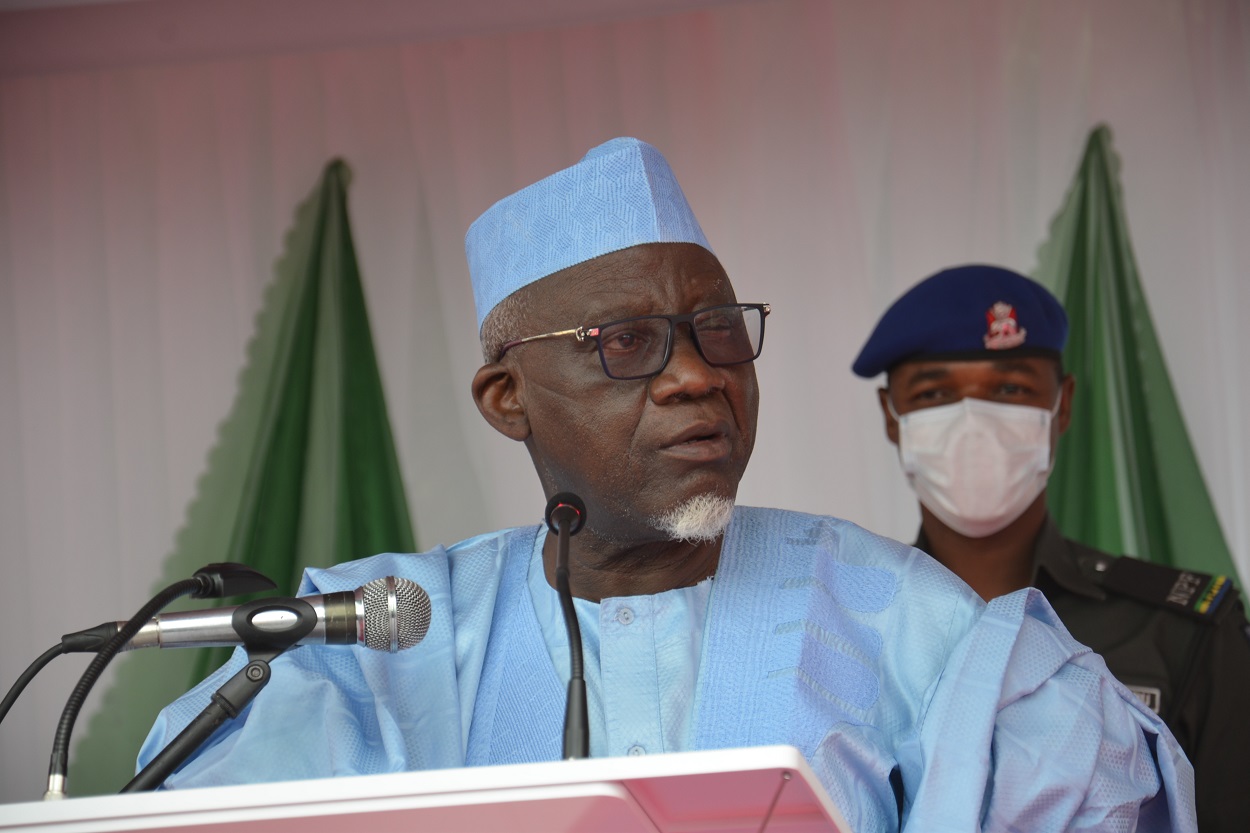 The Federal Government has countered Governor Aminu Masari of Katsina State over his calls for the people of the state to take up weapons and defend themselves against bandit terrorists.

Naija News reports that the government is reacting to Masari’s comment asking residents of towns hit by terrorists to seek weapons to protect themselves from attacks.

Defending his earlier statement in an interview on Monday, governor Masari said the self-defence call was necessary with the bandits continuing to kill innocent citizens.

Reacting, the Minister of Police Affairs, Muhammad Dingyadi disagreed with the governor that the people of the state should carry arms and protect themselves from terrorists’ attacks.

Speaking during the 2nd annual media briefing at Force headquarters in Abuja on Tuesday, Dingyadi said the governor was wrong for asking residents to carry arms illegally.

The minister stated that though Masari is entitled to his opinion, the Muhammadu Buhari-led government will not support citizen self-defence.

“I think we should know that we are in Nigeria, where everybody is entitled to his opinion. I think the governor has the right to canvass for what he thinks is right in his state,” he said.

The minister stated that one of the ways to solve the insecurity in the North and improve the security of the towns is through community policing.

Dingyadi, however, called for the support and partnership of Nigerians in the efforts the government is making towards fighting crimes and criminalities.

The minister stated that the government and the armed forces are doing everything humanly possible to protect Nigerians and their properties.

“We need to have the support and partnership of Nigerians in the efforts we are making towards fighting crimes and criminalities. I think that is what the governor is talking about.

“Everybody should contribute his quota towards fighting crimes. We are not saying people should take arms illegally.