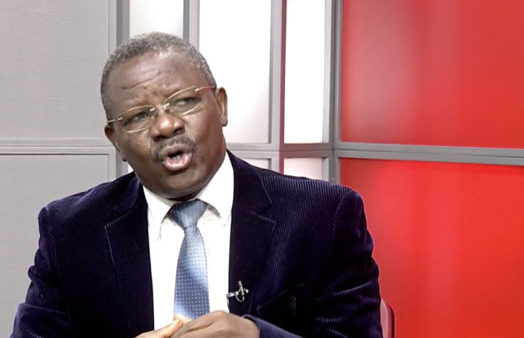 A former Navy Commodore, Kunle Olawunmi has observed that Presidency officials, Governors and high-ranking Senators have been fingered to be Boko Haram sponsors.

Speaking during an interview on Channels Television on Wednesday, Olawunmi disclosed that Boko Haram insurgents gave out the information during interrogation by the Nigerian military.

He alleged that President Muhammadu Buhari has refused to go after the government officials and politicians mentioned.

According to him, the government is slow in fighting the insurgency because some of those backing Boko Haram are now top-ranking government officials.

The former naval officer alleged that the current government is shielding the suspects and playing politics with the case.

He said: “Recently, 400 people were gathered as sponsors of Boko Haram, why is it that the Buhari government has refused to try them? Why can’t this government bring them to trial if not that they are partisan and part of the charade that is going on?

“You remember this Boko Haram issue started in 2012 and I was in the military intelligence at that time. We arrested those people. My organisation actually conducted interrogation and they (suspects) mentioned names. I can’t come on air and start mentioning names of people that are presently in government that I know that the boys that we arrested mentioned. Some of them are governors now, some of them are in the Senate, some of them are in Aso Rock.”

Reacting to the attack on the Nigerian Defence Academy, Olawunmi described the invasion of the fortified military facility by bandit terrorists as an “aberration”.

He condemned the killing of two military officers and the kidnap of another during the attack, saying that the insurgents profile military environments during Muslim prayers on Fridays.

The former naval officer, however, asked the military authorities to stop throwing open the gate of NDA to everybody on Fridays.

The Professor of Global Security Studies stated that the problem of the country is religion and socio-cultural.

He said, “In 2017, I carried out an investigation by the minister of defence that wanted me to check what was going on with the training and the security there (NDA). I remember I spent about a week in the NDA with the commandant and the staff but something struck me: every Friday, the gate of NDA is thrown open and everybody has access to pray in the mosque.

“That is the time the terrorists have the time to profile our security environment. It has always been the case. I have served the military intelligence for the past 35 years. Our problem is religion and socio-cultural.”