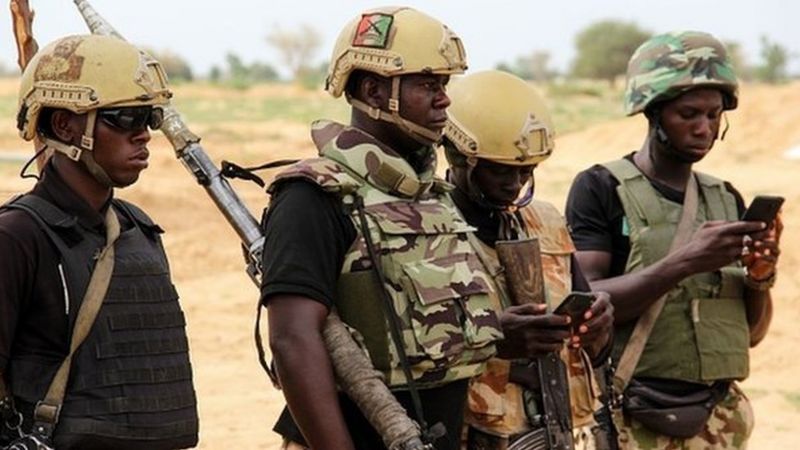 The identities of the two military officers killed by bandit terrorists during an attack on the permanent site of the Nigerian Defence Academy (NDA) in Afaka, Kaduna State have been revealed

Naija News earlier reported that the bandits disguised in military uniform to gain access into the facility in the early hours of Tuesday morning.

It was gathered that the bandits who were in a vehicle then proceeded to the officers’ quarters, killing the two officers and abducted one other officer.

After attacking the military facility and killing the officers, the bandits escaped through a nearby bush inside the academy.

According to Daily Trust, a Lieutenant Commander named Wulah and Flying Lieutenant CM Okoronkwo have been identified as the victims of the bandits’ attack.

Also, the kidnapped officer has been identified as one Major Datong, while an officer simply identified as 2nd Lieutenant Onah sustained a gunshot injury and is currently receiving treatment at the NDA hospital.

The former lawmaker who lamented that nowhere is safe again in Nigeria recalled how the same terrorists previously attacked the Airport staff quarters and the Federal College of Forestry mechanization, all within the same axis in Kaduna State.

Taking to his micro-blogging site, Twitter Senator Sani wrote: “The Airport staff quarters that was once attacked, the Federal College of Forestry mechanization that was once attacked & now the Nigerian Defense Academy that is now attacked are all in the same ward, Afaka in Kaduna. No lesson learned and nowhere is safe; Disappointing.”