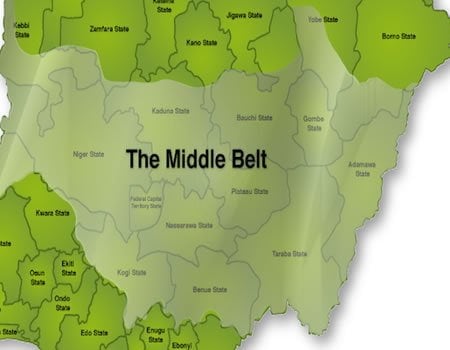 The Middle-Belt Forum, youth wing, has tackled 52 Northern groups over the ethnic and religious profiling of those responsible for the recent killing of 22 travelers in Jos, the Plateau State capital.

The socio-cultural organisation made this known in a press statement by its National Youth Leader, Nasiru Jagaba, on Sunday, in Abuja.

The group described as appalling the claim of the 52 organizations under the platform of Coalition of Northern Groups that youths of Irigwe ethnic nationality in Plateau state masterminded the unfortunate attack on the travelers in Jos.

The statement reads in part, “While we condemn the attacks and offer our heartfelt sympathies to victims and relations of the dead, we are appalled by CNG’s malevolent attempt at painting the unfortunate incident in religious and ethnic colouration.

“We condemn the attempt by the CNG to label the Irigwe ethnic nationality as the perpetrators of these killings as they were deeply involved in the burial of their people killed by heartless herdsmen.

“We call on President Muhammadu Buhari to stop applying different standards in resolving the security challenges confronting our nation. The blood that flows in the veins of both Irigwe and Fulani people is still red in colour and represents our common humanity.”