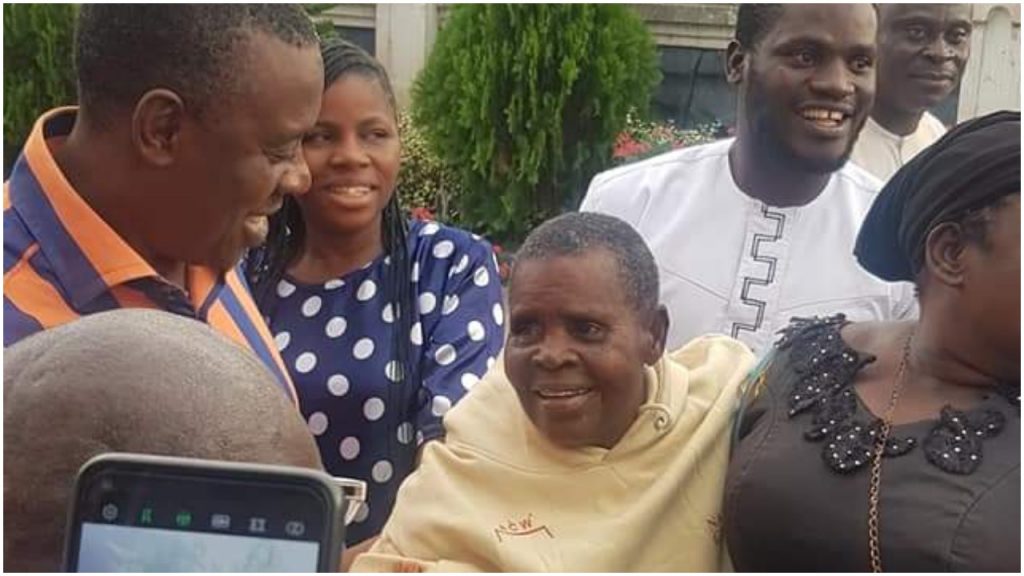 The Secretary to Bayelsa State Government (SSG), Hon. Kombowei Benson has said that he gave a “token gift of N4 million and two android phones” to kidnappers who abducted his 80-year-old mother.

Naija News reports that the octogenarian who was kidnapped on July 20 from her Ekeki residence in Yenagoa, regained her freedom on Sunday after 32 days in captivity.

Recall that Madam Betinah Benson who was first kidnapped in 2013 from her country home Korokorosei community in Southern Ijaw Local Government Area of the state was released a few days later.

Speaking to reporters after his mother’s release, Benson said the token gift was given to the kidnappers to appreciate them for releasing his mother.

He added that the gift was not a ransom paid to secure the release of his aged mother, saying the abductors had earlier demanded N500 million.

Benson stated that he vowed not to pay ransom for his mother’s release, adding that he believed in the capacity of the security agencies and God to free his mother.

He, however, disclosed that five members of the family have been victims of kidnapping in the state.

“Mama is back to the House and I want to give thanks to God and the security team in the state.

“I am so happy that my mother is back. Even if I tell people that ransom was not paid, they will not believe me.

“When they demanded for N500 million, I stood my ground. Even when I say I will not pay, I gave them a token to allow Mama return home, ” Benson said.

The octogenarian was excited to be back home when she was handed over to her son in the presence of relatives and security operatives.

It was gathered that three suspects were arrested by the Nigerian Police for the kidnap.