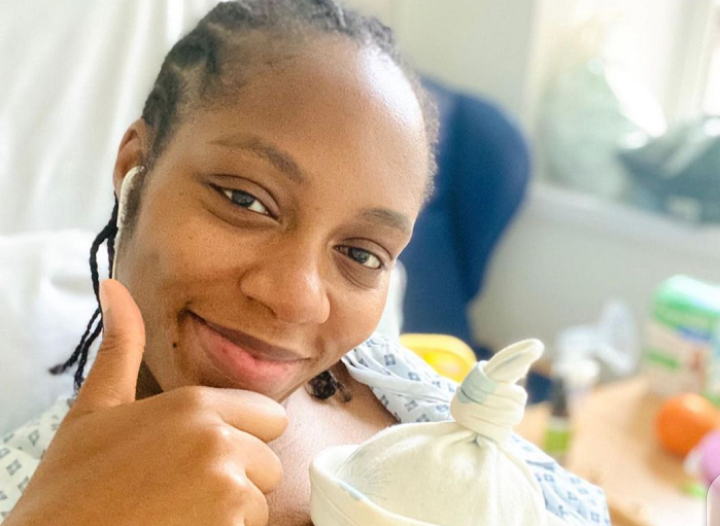 Former housemates in the Big Brother Naija reality show, Khafi Kareem and Gedoni Ekpata, have welcomed a baby boy together.

The reality tv star in her post wrote, “Gender Reveal”

Khafi after the Instagram live shared a picture of herself and her newborn baby, “Our miracle is here, and He is perfect!!! Thank you to everyone who joined our live gender and baby reveal” SURPRISEEEEEEEE!”

The former housemates met on the reality tv show in 2019 and built a relationship from there.

Khafi and Gedoni, two months after the show got engaged while having a vacation in Cape Verde and got married in September 2020.

In another development, the General Overseer of Omega Fire Ministry (OFM) Apostle Johnson Suleman has submitted that he can’t allow the allegation about sleeping with a Nollywood actress to affect his fellowship with God.

The clergyman spoke on Sunday while addressing his congregation on an allegation against him by an actress, Chioma Ifemeludike who claimed to have slept with the pastor twice and got paid N500,000 for her services.