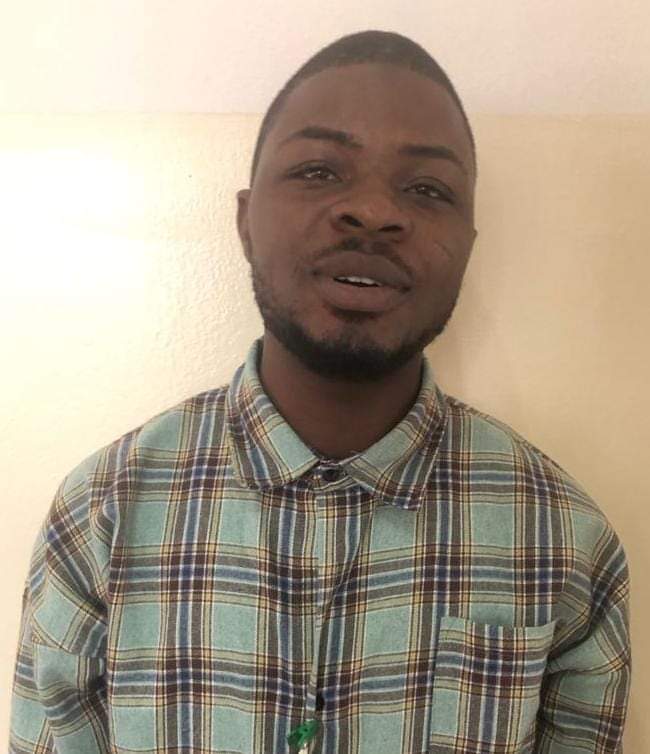 Justice Sylvanus Oriji of the Federal Capital Territory High Court has sentenced one Yusuf Adekunle Amuda to six months imprisonment for defrauding a Chinese woman to the tune of two million Naira.

Naija News gathered that Amuda defrauded the woman on the pretext of being a military personnel from the United States of America and posted to Syria for peacekeeping operations.

It was gathered that Amuda, who had claimed to be Kim Webb, began a phony romantic relationship with his victim on WeChat, a Chinese social media app, and employed the false identity to extort various sums of money from her.

He was, therefore, arraigned by the Economic and Financial Crimes Commission on a one-count charge bordering on impersonation and obtaining by false pretences.

Amuda, 25, pleaded guilty to the charge and Justice Oriji convicted him for internet fraud and sentenced him to six months imprisonment.

The charge against him reads in part: “that you Yusuf Adekunle Amuda sometime in 2021, at Abuja within the jurisdiction of this Honourable Court cheated by inducing an unsuspecting victim to deliver to you the sum of N2,000,000 ( Two Million Naira) in the guise of being in romantic relationship with her, a fact which you knew to be false and you thereby committed an offence contrary to Section 320 (b) and punishable under Section 322 of the Penal Code Act, Laws of the Federation (Abuja), 1990”.