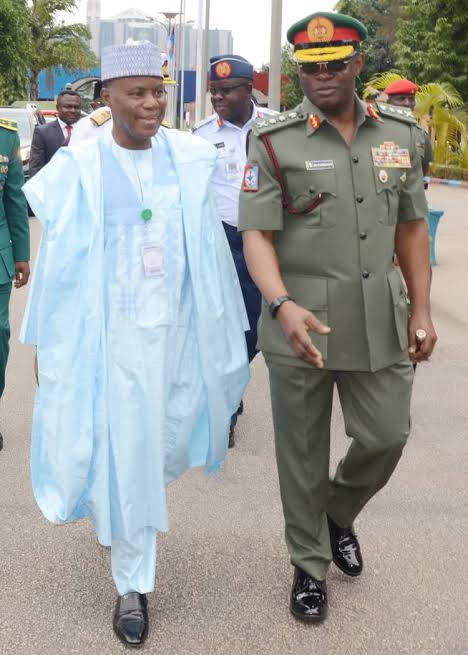 The Minister of Defense, Retired Maj.-Gen. Bashir Magashi has said the Federal Government was set to end the insecurity rocking the nation.

He however did not disclose any timeline for the final elimination of twin menace of insurgency and banditry in the country.

Naija News reports that Magashi stated this at the Bi-Annual Leadership Lecture and Graduation of the 14th set of students, Centre for Leadership School/Konrad Adenauer Stiftung (KAS) in Abuja.

The minister, who was represented by Dr Smattah Musa, the Director of Army Affairs Department, Ministry of Defence, reiterated that no stone would be left unturned in ensuring that the nation’s insecurity was addressed.

According to the Minister, some forms of insecurity the Federal Government was already working to end include communal conflicts, herders-armers clash, banditry and insurgency.

“These challenges always manifest in serious humanitarian crisis and a threat to national security to the extent of threatening the cooperate existence of the country.

“Some of the solutions to this security threats are multidimensional in nature that involved both kinetic means which includes but not limited to strategic leadership and sustainable development framework.

“To this end as leaders, I hope you are prepared to contribute your quota by taking up the responsibilities and challenges that is expected of you, particularly at this critical point,’’ he said.

However, the Guest Speaker, Dr Iroro Izu, who is a lecturer in the Department of Political Science and International Relations, University of Abuja, noted that insecurity in Nigeria had led to some negative realities which directly or indirectly affected national development.

He urged leaders to be more responsive and rise to the demands of the people.

“In my considered opinion, Nigerian citizens are very loyal, creative and patriotic when put in conditions where their basic physiological needs are regularly met,” he said.