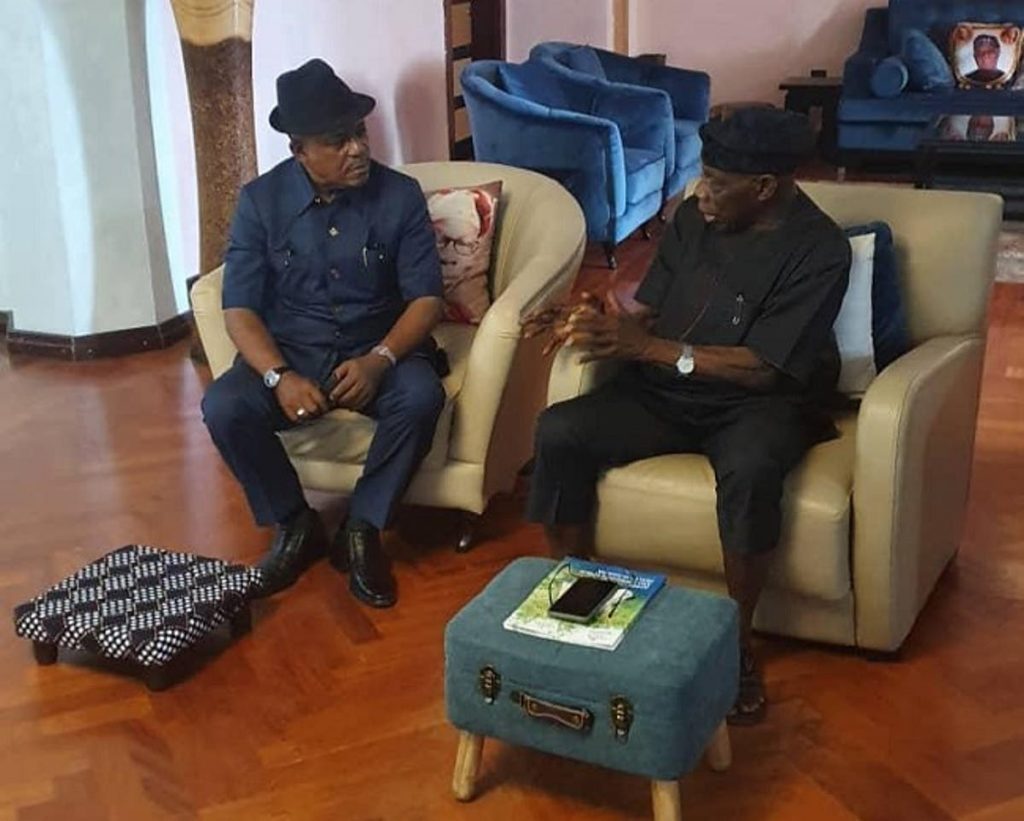 Obasanjo gave the advice on Thursday during a meeting with the PDP National Working Committee led by its Chairman, Uche Secondus, at the Olusegun Obasanjo Presidential Library, Abeokuta, the Ogun State capital.

A top source within the PDP told The PUNCH that Obasanjo asked the party leadership to resolve the crisis rocking the party and focus on reclaiming power in 2023.

He added that the elder statesman asked the PDP leadership to look out for some conditions before choosing a candidate that would succeed President Buhari.

According to the source, Obasanjo asked the PDP leadership to consider the pedigree of all aspirants before picking its presidential candidate.

The source said Obasanjo warned the party against picking candidates “who are money bags”, asking them to pick a candidate that is accepted across the country and has the interest of the nation at heart.

He stated that the party, however, urged the former president to be involved in the affairs of the party that made him President and chairman of BoT.

He said: “We went to him and told him not to ‘siddon look’ as things are getting worse in the country. We also reminded him that the PDP gave him the platform that made him the president and also served as its chairman of BoT. Therefore, we asked him not to be unbothered about happenings in the party and the polity.”

“Obasanjo said we should go and study how presidents emerge in America. He said leaders emerge through processes and that those leaders must have seen, learnt, practised, and taken part in leadership processes. He said in the US, the people followed a particular pattern.

“He said we should not pick anyone just because such a person has money. He also said in America, they follow a particular pattern. He said the presidential candidate in the US emerges either from Congress, from the Board of Governors, or he is an established businessman.

“He also told us about the way the prime minister of the United Kingdom is elected. In all, he said someone who knows the country, the system, is knowledgeable in foreign affairs, economy and security, among others, should be allowed to lead the nation,” he added.