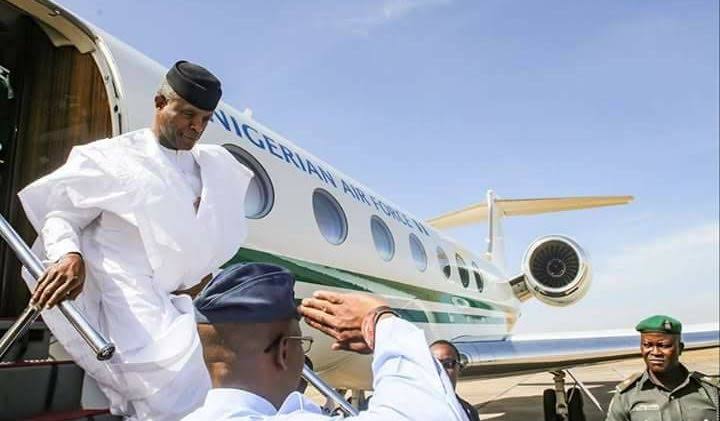 Buhari’s son is set to tie the knot with his heartrob Zahra, daughter of Alhaji Nasir Bayero, Emir of Bichi.

Naija News gathered that the vice president arrived in Bichi on Friday alongside Governor Abdullahi Ganduje of Kano.

Osinbajo had earlier arrived at the Aminu Kano International Airport in Kano from where he proceeded to Bichi with Governor Ganduje and other government officials.

Meanwhile, Buhari who is yet to arrive in Kano is currently in Adamawa state capital, to condole with the family of Ahmad Joda, elder statesman, who died last week.

Naija News recalls Joda, who headed the 2015 Transition Committee of President Muhammadu Buhari, died on Friday, 13th August 2021 at the age of 90 while the President was in London, United Kingdom.