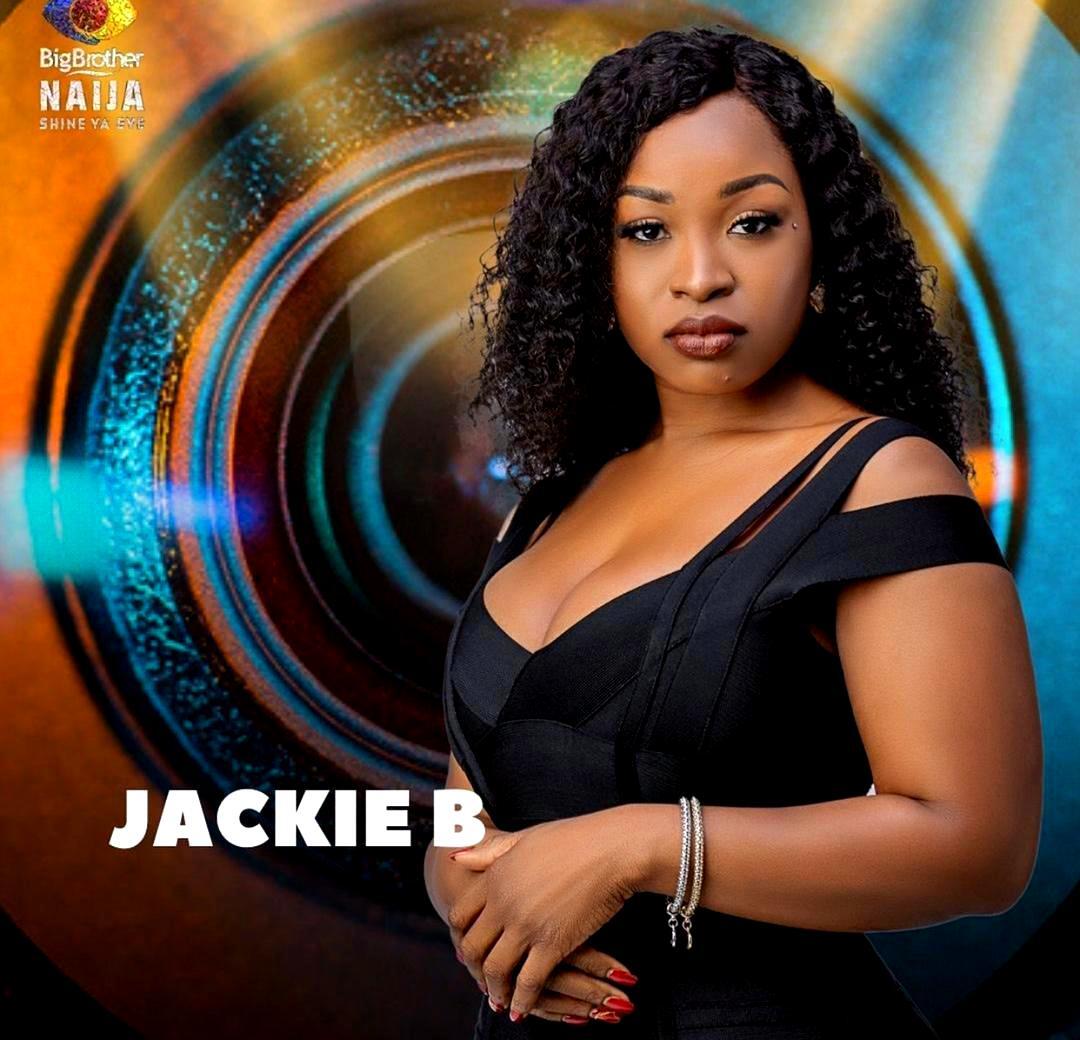 A housemate in the Big Brother Naija, ‘Shine Ya Eye’ edition, Jackie B, has said she is mindful of her actions in the house because her son is watching the show.

The reality show star further stated that her ten-year-old son will question her actions while in the house.

Jackie B disclosed this during her conversation with Angel over their relationship with fellow housemate, Michael.

Recall that Jackie B had said she is not in a relationship with Michael but get pissed with him because of his closeness with Angel.

Angel had also disclosed that she is just a friend with Michael, wondering why Jackie B has not confronted her on it.

Jackie B while discussing with Angel on Thursday night said her actions in the house will be questioned by her son.

She said, “I don’t want myself to look stupid here. As I keep saying, my son is watching. And that’s another thing that bothers me. I know I’m sounding like a broken record at this point but my son is watching. I’m close to this guy (Michael) and another person is dragging him.

“He (my son) will see all these things and that’s why I keep saying that I don’t want to look stupid on TV. That’s what is bothering me. I don’t want my son to see that and think it’s okay.

“I know I have to overthink some things sometimes but at the end of the day, I have to. My son is 10 and he’s seeing all these things.

“Before I entered the house, he was asking me, ‘Are you going to allow any guy sleep in your bed?’. We’ve had all these conversations and that’s why I was feeling guilty that he (Michael) sleeps on my bed but at the same time, I don’t wanna look too stock up. So I’m like lemme just do it. At the end of the day, everybody is watching and I’m not doing anything with the guy.

“My son will say, ‘okay this guy is staying in your bed’ and next thing it changes. Diary room, I called him my guy so my son will be like, “Mummy why?” I don’t know how to explain it though I’m thinking that deep.

“I mostly see things on a deeper level mostly because my mum is watching and my child is watching, I can’t even lie.

“I’m going to go out to face my child. Whatever happens in the house, I want to be able to explain to him.”