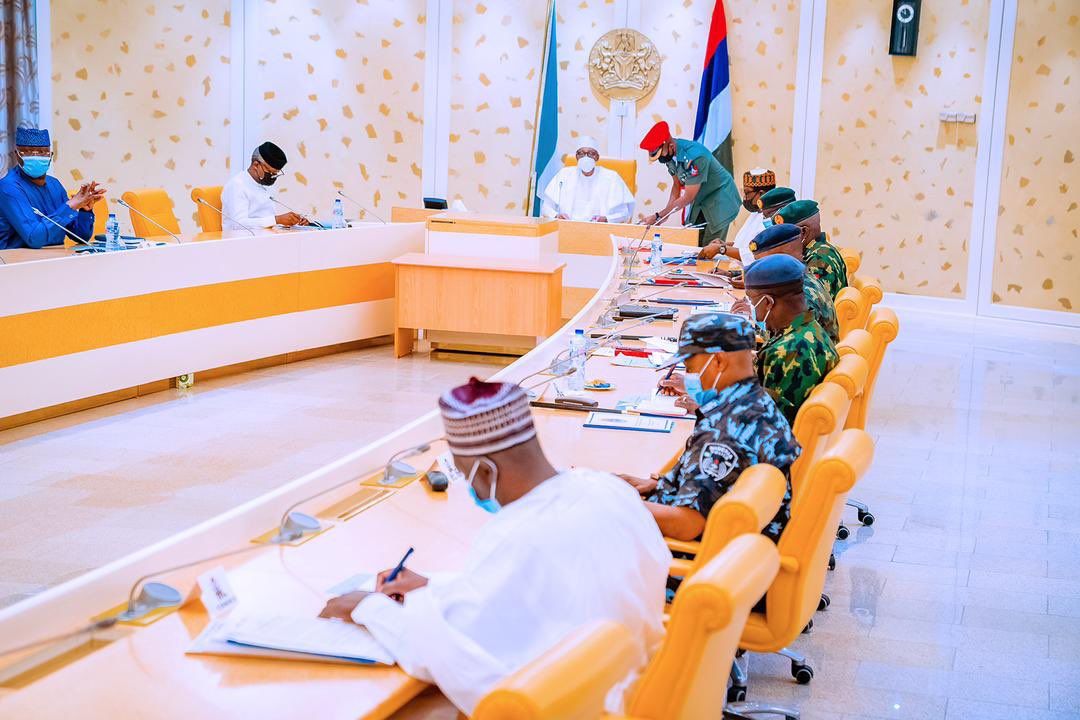 President Muhammadu Buhari on Thursday met with the various heads of Nigeria’s security agencies over rising cases of banditry and kidnappings.

Naija News reports that the meeting was held at the Presidential Villa in Abuja.

Speaking to State House correspondents after the meeting, the National Security Adviser (NSA), Major General Babagana Monguno (rtd) stated that Buhari vowed not to exit the government as a failure in 2023.

He disclosed that security chiefs briefed the president on the success recorded so far against insecurity.

“He’s  (Buhari) made changes and he’s ready to make further changes if he is not satisfied. He is completely determined to ensure that there’s a turnaround in the fortunes in the theatre of operations,” Monguno said.

He stated that a lot has happened in Nigerian in relation to security since the last National Security Council meeting held on June 8.

According to the NSA,  the security chiefs briefed President Buhari on the current security situation in the country.

The former military general stated that many successes have been recorded in the theatre of operations.

“Large numbers of people are surrendering in the North East as a consequence of the relentless efforts of the Armed Forces, intelligence and security agencies.”

“We’ve never had such large numbers of people defecting from the other side back to the Nigerian side, mainly as a result of many issues within the theatre, issues of infighting among the various factions of the terrorist groups,” he added