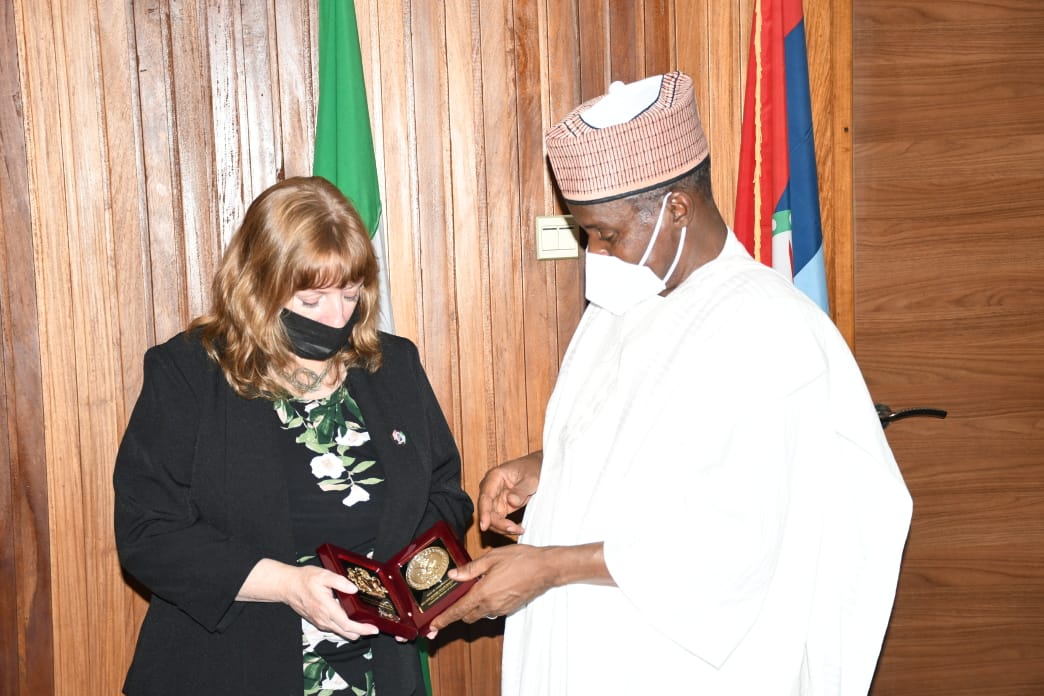 The Minister of Defence, Major General Bashir Salihi Magashi (rtd) has submitted that the Nigerian Military is not guilty of any cases of human rights abuse in the discharge of its duties.

Speaking on Thursday when he played host to the United States Acting Ambassador to Nigeria, Kathleen Fitz Gibbon, Magashi declared that the Nigerian Military under President Muhammadu Buhari upholds the highest standard of professionalism in the discharge of its duties.

He said this while debunking some reported cases of human rights abuses against the military in fighting insurgency and terrorism in the country, particularly in the North-East.

Asking rhetorically, the Minister according to his media aide Mohammad Abdulkadri, in a statement made available to Naija News about the meeting queried; what else should Nigeria do to protect human rights and Child Protection Act that the country is not doing presently?

He observed that the military sticks to all relevant domestic and international laws in the discharge of its duties just as President Buhari ordered.

During Gibbon’s courtesy visit to the Ship House Ministry of Defence Headquarters Abuja, the Minister used the opportunity to thank the American government for the military support in various forms to Nigeria including the US Africa Command (AFRICOM), the delivery of the NAF Super Tulcano aircraft and the training of NAF Pilots and engineers.

In her submission during the courtesy call, Acting Ambassador Gibbon promised that the remaining six Super Tulcano jets will arrive in Nigeria by September.

She also promised the continued support of the US government to the Armed Forces of Nigeria in the ongoing fight against terrorism.

Meanwhile, President Muhammadu Buhari on Thursday met with the various heads of Nigeria’s security agencies over rising cases of banditry and kidnappings.

Naija News reports that the meeting was held at the Presidential Villa in Abuja.

Speaking to State House correspondents after the meeting, the National Security Adviser (NSA), Major General Babagana Monguno (rtd) stated that Buhari vowed not to exit the government as a failure in 2023.

He disclosed that security chiefs briefed the president on the success recorded so far against insecurity.